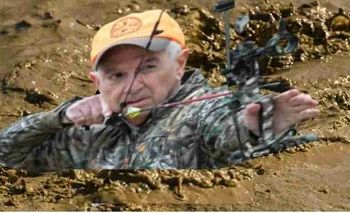 The republican candidates have attacked the governor for raising taxes.   A governor cannot raise taxes all by himself. What republicans fail to say is that those tax increases were passed by the legislature – votes in favor of raising taxes by their fellow republicans.  But this coalition of democrats and republicans that Gov. Edwards put together eliminated a $2 billion budget deficit that was later followed by a tax decrease. If republicans are going to blame the governor for a tax increase, then be fair and praise him for the tax decrease.

We have all heard that Louisiana is last in all the categories that we want to be first in.  That’s true, and Eddie Rispone blames Governor Edwards for this. He’s kidding right! Louisiana has been last in all the good categories for as long anyone can remember.  Not just the past three years as Mr. Rispone says. We were last during the Jindal years and even before that. So, the next time you hear a politician say we were last for the past three years you can correct him.  Remind him that, regrettably, we have been last for a very long time. It is my firm belief, however, that we are turning that corner. Reversing the wrong course that Louisiana has been on for decades will not change overnight or in just three short years.  Historic low unemployment, the largest infrastructure improvement program in years, improved health care, and the saving of TOPS all point to a better and brighter future for our state.

What I find so amazing is how badly Eddie Rispone treated Congressman Ralph Abraham his fellow republican.  One would think that prior to endorsing Mr. Rispone, Congressman Abraham would want to have a sit down with Mr. Rispone to discuss those ugly things he said about him during the primary and ask why.  For example, Mr. Rispone stated that the congressman voted with Nancy Pelosi 300 times. The implication was Congressman Abraham was a Pelosi liberal. The truth is these are almost always routine votes such as naming a federal building or dedicating a park.  The congressman’s voting record is the total opposite of Ms. Pelosi. But that accusation and others took hold and cost Mr. Abraham a spot in the runoff. Mr. Rispone owes Congressman Abraham an apology.

This runoff election will be one for the history books.  It will be mean and dirty especially given just how dirty the republican attacks on Gov. Edwards were during the primary.  Voters will make their choice. It is my hope that voters look to the future and the good path that we are on now, and not where we have been, a place we most certainly don’t want to go back to.

“By way of full disclosure I serve as Chairman of the La. Tax Commission, appointed by Gov. Edwards and confirmed by the State Senate.”

More in this category: « Put the Louisiana's Governor, Insurance Commissioner races in "SURPRISE PYLE" Will Trump stop lying about John Bel Edwards in Louisiana Governor's race »
back to top