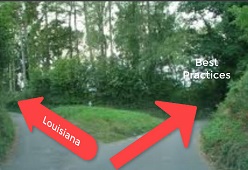 ouisiana has one of the worst insurance regulatory environments in the nation. That is according to Washington-based conservative think tank R Street Institute in its 2017 Insurance Regulation Report Card just issued. And no, it’s not because of the trial lawyers or the big insurance companies. The blame is laid directly on the Louisiana legislature. In ranking states across the country, Louisiana was given an F.

Florida, on the other hand, which has much more hurricane exposure than Louisiana, has made a huge leap toward ranking as a top regulatory state. The comparison between Louisiana and Florida is stark and troubling. The words "homeowners insurance" has nary been given a mention during past Louisiana legislative sessions. Affordable insurance to cover one's property has been the single biggest detriment for rebuilding in south Louisiana.  And yet there has not been one creative idea put on the table by legislators.  In Florida, finding ways to reduce the cost of basic home insurance has been the front burner issue for months.

The R Street report finds: “It is in recognition of these improvements that Florida, which was the bottom-ranked state in our first report card in 2012, has clawed its way to a very respectable B grade for 2017.” So Florida, with much more property damage exposure, gets a B, and Louisiana gets an F.

Florida has approved sweeping property insurance changes that have been touted in the state press as a "homeowner’s Bill of Rights."  The changes in Florida are directly opposite from the direction being taken in Louisiana.  Florida legislation holds insurance companies to a much higher degree of accountability when it comes to antitrust laws and violating a litany of other state laws. Insurers are now required to get state approval before raising property insurance rates, and are prohibited from using arbitration panels when there is a disagreement with property owners.  Rates charged to those who purchased Florida Citizens Property insurance have been frozen, and can never be higher than competing company rates.  All these changes fly in the face of the insurance company favoritism that dominates both the Louisiana insurance department and the Louisiana legislature.

The comparisons between the Florida Citizens Insurance Corporation and a similar company set up by Louisiana are striking.  Florida initially set up its company by doing what any normal business would do. Capital and surplus were put in place of over $700 million, and reinsurance in the private European market was obtained to protect the Citizens plan in case there were major losses. And there were adequate professionals hired to run the company on a daily basis.

Louisiana did none of the above.  From the day the Louisiana company was created by the insurance department and the legislature, Louisiana Citizens Property Insurance Corp. was a disaster waiting to happen.  We have read about the incompetent management and the rip-offs of millions of dollars in illegal spending.  The state run company waited often years to file financial statements or balance their checkbooks.  Not one dollar was allocated to the new start up company created by the legislature.  Is there any business that can start from scratch without having any money in the bank?

And if the failure to not adequately build in safeguards by Louisiana Citizens and the Louisiana Insurance Department officials who were running the company was not bad enough, the decision not to buy adequate reinsurance has turned out to be the biggest single financial disaster in Louisiana’s history.  Louisiana taxpayers will spend the next 20 years paying off the bonds that were sold to cover the losses, now well over $1 billion.

Louisiana and Florida have been two troubled states when it comes to affordable insurance, and each is taking a dramatically different direction.  Right now, it looks like Louisiana, made the wrong turn in the fork of the road.