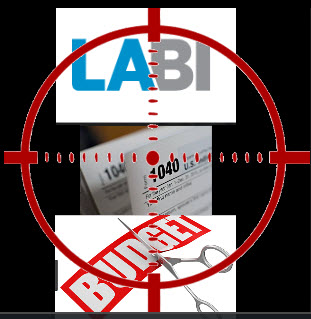 The discussion focused upon the overall picture of the legislative session and the Governor's speech.

Below is the first segment of the speech.  The video is also below. This segment ends at the 6 minute, 27 seconds mark on the Youtube video, below:

BROWN: I watched the governor's speech last night and have talked to a number of legislators so this morning actually on some other subjects and I asked them their feelings so it's interesting to see how this mix develops. When you have a very short session when you have these special sessions, you can't really lift things flow, there's so much jockeying going on because you have a limited amount of time versus the regular session and they go sixty days. And so particularly with the uncertainty this time around, there is all kinds of behind the scenes horse trading and and back-and-forth going on. I think particularly this case because the governor was not that specific and what he's proposing.  He's he throwing out ideas saying he wants to do this he's open for compromise so a lots gonna happen in the coming days

GRAY: Steve I think I agree with Jim, there's a lot of going on behind the scenes, not a lot put out front for us, of course this isn't a new problem they've been dealing with it for two years, so they know what's facing them.  I think this is about the fourth attempt at actually fixing the fiscal cliff, some of the sessions as you know can't address this.  But I think it's going to be interesting and I think it's going to come down to some bipartisan efforts the Republicans have a majority in the house but they need Democratic votes if they want to keep some of the things they want and there will be a lot going on behind the scenes as Jim said.

BROWN: I can say this, just to put in perspective to our viewers out there, what the governor is proposing is some very significant tax increases over what we saw last year there's an efforts maybe renew some of the the taxes where exemptions were taken away. But you know the the Congress gave us a tax reduction. Well under our law when federal taxes go down state and state income taxes can go up and the governor is proposing that the tax increase you got from Congress is gone, is going to go into the state coffers number one.   There are a number things concerned me, you're now if the governor's plan goes true we'll be taxed on everything from Netflix, Amazon your housecleaning, if you have a house cleaning service, you pay sale tax. You're going to pay sales taxes. Your guy that cut your grass, your gardening, anything like that now if you have the security guard in your neighborhood, the neighborhood associations can have to be charged a sales tax on the security guard in your neighborhood. So there's some very controversial things involved in what the governor is proposing.  I can go on with you good bit what other thing I'll mention--a great reduction in the tax credit you get for businesses out of state. If you have a business in Mississippi you can deduct from your income tax, taxes you pay in Mississippi.  Governor's going to bring that down dramatically in his plan, so it's a pretty radical plan from the governor and the Republicans normally would say the heck with it, but there's some pressure on them, because the rating services, Moody's, for example, is waving the red flag saying we can reduce your credit rating and as a consequence your bond rates will take a tremendous jump and that's that's over the river--so more of common-sense Republicans are saying look we're not crazy about the governor's saying at all it's way too far, but we got to do something because we got this by bond rating flow over our head.  So that's part of the back or debate, the back door debate we're going on right now.

SABLUDOWSKY: Sure absolutely, so the way I look at it is this in terms of the governor's speech: Number one, I think that what he was saying is "hey guys, this is our fifth time trying to fix this. Last year we tried and you and you didn't come up with anything at all and so we could have had this fix last year but we didn't.  We put it off, we kicked the can down, down the road.  Secondly we have a 1.3 billion dollar shortfall in terms of the sales tax that we need to replace one way or another or to just maybe vote for that again, but, or we need to do some kind of compromise which I think that he's in favor of--some kind of compromise.  I don't know what's going on behind the scenes, but he definitely did strike the code, a chord of compromise.  At the same time he's saying look we've got 3.4 billion dollars that we could play with, 1.3 billion has to be replaced, if we do no cuts.  And so there's only 3.4 billion where you can get these cuts and it can only be quite frankly in health care and also in it in higher education.  And so, you know what's your your choice? I mean do you want to give up TOPS? Do you want to give up, I mean, what else you want to give up?  Let's let's hear what your plan is going to be and what are we what are you going to give up?  Lastly I think he really took, he really went after LABI'S Stephen Waguespack without naming Stephen, and without naming LABI.  basically, what he said was "hey you know, yeah you're gonna come and tell us what to do, when you and your guy basically destroyed the state.  You know, I took over with a three billion dollar shortfall we had to make up nine hundred, roughly 900 million within three months of my very first year and then you close to two billion dollars the following year. So I think that's what his overall argument is based upon my reading of his, and  watching his speech.

More in this category: « Can Louisiana Speaker Barras keep renegade Republicans from defecting with Dems Tidmore: Expect at least one-fourth penny sales tax from special session for fiscal cliff »
back to top