Louisiana legislators out for own skin with self-reapportionment 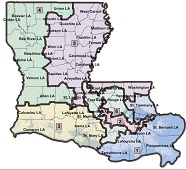 The Louisiana Legislature just completed a “do nothing” session that proved to be a stalemate towards solving the state’s financial crisis.  A new regular session has begun with few signs that anything substantive will come about.  By law, no new tax matters can be considered in this even numbered year. So what’s the problem in getting some cooperative effort?

Look no further than a new book on the New York Times bestselling list by mathematician and philosopher Nicholas Taleb.  His premise states: "Never trust anyone who doesn't have skin in the game. Without it, fools and crooks will profit and their mistakes will never come back to haunt them."  Simply put, the legislature often does not function in the public interest because the members have nothing at risk. There are no costs. They have no skin in the game.

Governors have to face the results of their actions.  Policies can be put in motion that can affect thousands of lives throughout the state. Mayors also face the outcomes of their policy decisions. But legislators rarely face repercussions of their votes on their in-actions.  Particularly in Louisiana, the majority of lawmakers face little scrutiny and get easily re-elected. They are showered with campaign contributions by a herd of lobbyists that surround the supposed “hallowed halls” of the state capitol.

As Tom Aswell points our in his Louisiana Voice column: “When legislators are unable/unwilling to fix the state’s fiscal problems, they certainly see to their own financial well-being.”  During the just completed special legislative session, 41 campaign fundraisers were held for 46 different legislators. So some would argue that at least something got done. But who were the beneficiaries?

Defenders of the current system will argue that there is a day of reckoning when voters can pass judgment on the actions of legislators at the polls. But gerrymandering has made a mockery of any real accountability when election time comes around.  Here’s what ends up happening. During election season, voters don’t choose their legislators.  No, under the current system in Louisiana, legislators choose their voters.

As this column has pointed out before, the problem is one of gerrymandering. District lines are not drawn by the legislature to reflect geographical or political balance, but are specifically crafted to favor the incumbent or some other partisan choice.  When legislators do the redistricting, the norm seems to be that the state ends up with meandering footprints meticulously designed, it would seem, to ensure that no incumbent will face serious opposition, regardless of how the political winds are blowing.

So the question for Louisiana voters is this: Are they that concerned that the legislature is, for all practical purposes, creating their own voters?  Does it matter that legislators in Louisiana really have no skin in the game?  Is this healthy in the Bayou State — or in any other state?  Many think it’s not.

“The self-dealing quality of legislators drawing districts for themselves or for their partisans has basically collapsed the enterprise,” says Samuel Issacharoff, a law professor who is an expert on redistricting.  “There’s an increasing sense of revulsion among voters at this self-dealing. It is somewhat scandalous that there are few competitive elections anymore.”

We always hear the dictum that elections have consequences.  But in Louisiana, they don’t.  The legislature is allowed to reapportion itself, so lawmakers vote for a reapportionment plan that protects their own self-interest. They basically surround their districts with voters who either don’t care how lawmakers vote and often don’t vote at all, or by voters who are only concerned about party labels. Yellow dog democrats and knee jerk republicans both come to mind.

Author Taleb writes that politicians never have to pay for the results of their decisions and that they are “conveniently separated from the consequences of their actions.”   The legislature should cut out the gerrymandering and let an outside group draw district lines on a balanced and fair basis.  It’s time for politicians to get some skin in the game.