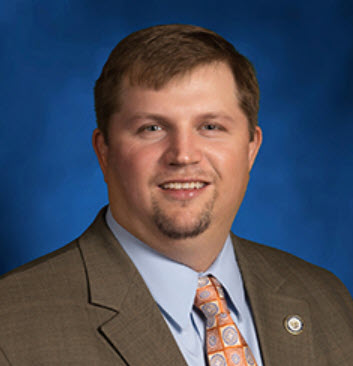 Even as they complain about the possibility, environmentalist wacko protesters prove the point of the necessity of a Louisiana law that could limit their tantrums.

HB 727 by state Rep. Major Thibaut would add pipelines to the category of critical infrastructure. The state already protects from trespassing at these various sites such as power plants, oil refineries, chemical plants, water treatment facilities, and natural gas terminals. Violators could draw as many as 15 years in prison with a $10,000 fine, going up to 20 years and $25,000 if the action could threaten human life or disrupt site operations. And, conspiracy to do so carries the same penalty.

He introduced the bill on Apr. 2, less than a week after unknown apparent protestors damaged equipment at a Bayou Bridge pipeline construction site. Environmentalist groups have vigorously fought the pipeline’s presence, ultimately losing regulatory and court battles, although many forswear the use of violence to achieve their ends.

As Thibaut pointed out, political protest and action over the issue has many channels through which it may occur that don’t involve endangering the public or protestors themselves. And the spate of environmentalist violence that flourished two decades ago subsided precisely after stepped-up enforcement and laws like critical infrastructure protection came into being.

But with mania over the myth of catastrophic anthropogenic global warming continuing to grow, unhinged individuals increasingly seek validation for their hysterical views from far-fetched arguments. One recent case, where wackos shut off 15 percent of the nation’s oil supply, has its defendants now attempting to justify themselves in court by claiming they tried to prevent the destruction of civilization.

The same kind of attitudes issued forth from critics of the bill. One says such a law would go after people allegedly wanting to “protect” land and water instead of those who want to “destroy” that. Another said it was misplaced to prosecute trespassing protestors instead of those “poisoning the environment.”

And just three days after the bill’s introduction, two women with apparently a lot of free time on their hands dressed up as crawfish and chained themselves in barrels, and with about 20 others impeded access for a while to an industrial yard that supplies the construction of the pipeline. One of the masqueraders declared her action motivated by worry over climate change and the ecological impact of the pipeline, alleging that her daughter might refuse to reproduce because of the perceived CAGW existential threat emanating from the pipeline and its operation.

Simply, what does one do with such unreasonable, deluded individuals? Such is their detachment from reality that in order to discourage them only laws with drastic consequences can get through to those of them who seek such attention – including that minority with extra-sinister motives on their minds. (And also to protect them from their own folly; one of the costumed women others thought endangered by trucks rolling through.)

These statements and actions by their own mouths and hands demonstrate exactly why Thibaut’s bill needs to become law. Preventing such histrionics that potentially threaten the public safety in no way closes off channels of protest through the political system or by utilizing other methods of protected expression. Such a law is constitutional, necessary, and correct to safeguard society from the overactive imaginations of a few.