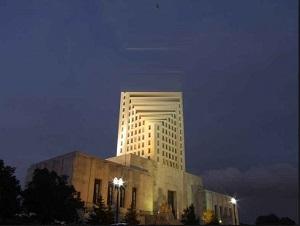 The Council for a Better Louisiana (CABL) has released the following statement in relationship to the Louisiana House of Representatives, led by Republicans, passing a budget that makes major cuts to Louisiana higher education and healthcare. The budget is consistent with the party's philosophy to spend no more than is anticipated and to not raise taxes. Here is the statement:

It is unfortunate that the Legislature is going through the exercise it is – debating, and in the case of the House, passing a budget that is by any measure unrealistic and totally untenable. But it does tell us some things we need to pay attention to.

Some of the rhetoric coming out of the Capitol for the last several months suggested the coming fiscal cliff wasn’t really that big of a deal. Without exactly saying it outright, some lawmakers implied that we didn’t need to replace the temporary revenues that will soon be falling off the books and that somehow we could make things work with further budget cuts.

Well, the budget passed by the House tells us pretty clearly that isn’t true. It cuts TOPS by 20-percent and basically decimates the public/private hospital partnerships that provide health care to the indigent. In the process, it also kills the medical schools we need to educate future doctors. We can’t do that.

Of course, as some have said, you could distribute the cuts in a different way. The House Appropriations Committee tried that. They fully funded TOPS, but applied a significant cut to higher education and virtually no money to the hospitals. That doesn’t work either.

Given that, there are a couple of points worth making. We can’t fix the current situation with cuts alone. There are definitely significant cuts in play, but they can’t close the gap between the services everyone wants to provide and the revenues available to do that.

Another point is that under any scenario being discussed, even with a special session to replace revenue the state is losing, taxes in Louisiana will be lower than they are today.

We say all of this not because CABL is a big supporter of taxes, but because after years of unnecessary volatility, we need to stabilize our public sector so we can send a message to our private sector that we have our fiscal house in order.
We need to tell them the uncertainty is over for the foreseeable future and they can feel comfortable doing business in Louisiana without worrying about what’s about to come next.

Certainly, we still have some larger structural issues to deal with and we could go a long way toward improving our economic competitiveness if we wanted to. That’s why CABL and others are supportive of a limited constitutional convention that could perhaps address some of those things in a more comprehensive and meaningful way. The problem there is that even if that effort is successful it will take years to see the results. We can’t wait that long.

During the special session, there was a lot of talk about transparency. Today we need to be transparent with citizens and give them the facts: the state needs to replace some of the revenue it’s losing and we’re not going to kill our hospitals, close our medical schools, clear out our nursing homes, and probably not cut TOPS. And the revenues raised during the special session are simply replacing some of the taxes that we are cutting – not raising new ones.

Sadly, Louisiana’s fiscal affairs have been in disarray for far too long. To date, we haven’t demonstrated the political will to repair them in a way that is fiscally sound and it’s not going to happen in a special session either. But we can start the process of getting our act together.

All the budget wrangling might make for great politics, but in the end it does nothing to move Louisiana forward. We need to move forward, and the best way to do that is to put the political theater of the recent past behind us.
Read 1444 times
Tweet
Published in Louisiana legislature
Tagged under