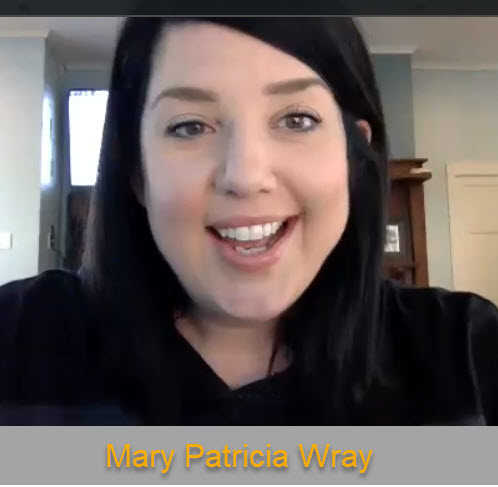 The 2018 vintage of the Louisiana legislature has been in session now since February 19 2018.  Initially, it met in an extraordinary fiscal session called by Governor John Bel Edwards to grapple with the then-one billion dollar budget shortfall.   That two week endeavor ended in failure. Essentially nothing was passed.

Legislators being in session for essentially the first half of each year for the past series of springs has become a regular occurence, primarily due to major budgetary issues.  The individual lawmakers are tired. Nerves are frayed. The everyday grind focuses upon minutia. They are underpaid. And perhaps worse of all, nothing seems to be getting done. Bills are getting killed.

At least, that is my impression of what has been “going-on” based upon my video interview on Wednesday with lobbyist Mary Patricia Wray.

Ms. Wray has worked on the floor of Louisiana government since 2012. Besides handling a variety of governmental matters for some very powerful clients, she is known around the state as being in the small inner circle, the brain center of then-candidate John Bel Edwards campaign.  She was instrumental in Edwards's surprising victory in the gubernatorial primary and then his win over former gubernatorial candidate US Senate David Vitter.

Below is the transcript of part one of the interview. I found her perspective quite fascinating as she talked about the human aspects of doing business at the building built by former Governor Huey Long:

A lot of bill a lot of bill killing happening at our state capitol and after eight legislative sessions as you might imagine, tensions are very high, our legislators have spent a lot more time together these past three years than they are typically used to--and what that really means is that for many of them, they're away from their homes and their families and their businesses and I think that's the key there many of these folks are self employed which is what allows them to be legislators.  We talk a lot about legislative pay and government waste-- I think the legislative salaries somewhere between thirteen thousand and sixteen thousand dollars a year-- there's per diems and all that, but it's not, it's not quite as glamorous I think as some people would like to portray it and it really--I'll tell you you know many of these folks become your friends and on both sides of the aisle--it's really taking a toll on people, the sacrifices that our legislators make, which I've seen up close and personal for a number of years.  I think most constituents don't realize the choices that their legislators make to represent them. Most of the time without complaint.  But it really does take a toll and that also takes a toll on our ability to pass bills--creates more personal conflict, more anger, more angst and when everybody wants to go home their main focus is fixing our budget, which is what it should be.  And we can't really do that in this legislative session, because we're short on, we're really short on revenue to fix that and what I mean is--we don't have to pass any, we really don't have to pass any new taxes in order to fix our budget, if we don't want to.  We just have to stop some that we have right now from rolling off the books.  And people want to do--I think there's a will out there to do something, people just can't decide, can't agree on that something and so you know I think we've seen a couple examples of some important legislation, some I like some I don't like, not passing this year.  We saw a new type of pension bill which is a big deal in state government.  We have four statewide retirement systems and there was a bill to privatize a part of one of those retirement systems, and I mean, these bills have been brought before but unusually we actually had one of the state system supporting the bill this year--was in a little bit different format and that failed to pass.  You know we've seen a lot of the gaming bills that have been brought--that are sort of in a holding pattern in the Senate not really moving those were thought to be slam dunks in many cases just because of the might, I mean I think every lobbyist in the building has been hired to work on those bills, some bills that just have seemed really easy--things, that just seemed like they would be kind of like an easy bill to pass, just really not moving.

I think that is a reflection of the mood and once you start killing bills and then you've really got people angry and then you really got personal issues and "so-and-so killed my bill so I'm gonna kill their bill" and I mean--that's really a reality in the building--people can pretend it's not but it is. And so you have to be careful about what you get involved with and who you get associated with early in the session. We even saw, we even saw, I think I was talking with John Kay with Americans for Prosperity yesterday I think some people get this idea that you know I worked on a Democratic campaign once so I don't know any Republicans--John, a good friend of mine, very very talented, I call him a young man because he's younger than me, and he was, he was remarking that you know what was once thought to be a slam dunk,  his the occupational licensing bills that he's been working on this session, which had the full sort support of the governor--stalled out in a Senate committee yesterday with a six to one vote.  So those were seemed like "red meat", deregulation bills, but you know when you've got one or two powerful lobbies that unite against a bill, whether they're right or they're wrong, you know that's up to our to the constituents not to me, but but we're seeing a lot more ability, just an unwillingness to do anything controversial.  We're getting closer to re-election and we're gonna have 50 new legislators in the building thanks to term limits.