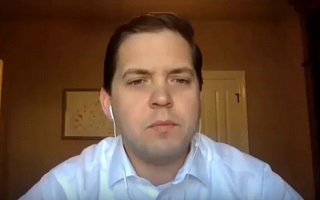 We have heard so much and so often in Louisiana that the legislators on the left cannot get along with those on the right. We read daily that Democrats and Republicans simply are acting as if they were in Washington DC rather than in Baton Rouge, that acrimony is the rule and cooperation, the exception.

Perhaps that is so. However, on one piece of legislation moving through the state capitol right now is effort to change the constitution that currently allows for non-unanimous juries in criminal cases.

Also somewhat unusual is the notion that conservatives and liberals take the opposite position regarding law enforcement. The conventional wisdom is that conservatives are overly harsh on defendants and that the left is unjustifiably too light on those charged with crimes.

While there might be some truth to this perception, there is also the element of limited government that intervenes in the discussion.

Below is a segment of part one of today's interview I had with John Kay Jr., the Director of the Louisiana chapter of Americans for Prosperity, a conservative organization. In this segment, Kay talks about whether he is aware of legislators simply not able to get along and why he and his organization support this legislation born out of the post-civil war era.

To watch the entire segment, scroll the video forward to 4:25 minute mark:

KAY: I've read some things where it seems people may be at odds I couldn't tell you that legislator A and legislator B aren't getting along anymore, I do still see that there are folks who are willing to work across the aisle in some instances. I think we have unanimous jury--jury's coming up to the House floor today that's a bill carried by Senator JP Morrell from New Orleans a Democrat and I think in the house if I'm not mistaken I think that Republican representative Sherman Mack is gonna be the person who carries it on the floor for him.  So there is still some bipartisanship happening at the Capitol and there are still a lot of people who are willing to work together. I think the general senses people are ready to go home.

SABLUDOWSKY:  sure okay so once you talk about that legislation I mean it's really unique from the standpoint like you said, seem to have some bipartisan support

KAY: It does have bipartisan support and got through the Senate with overwhelming support it got through House Committee which is chaired by Republican Sherman Mack and if I am not mistaken I don't believe that I got a vote against it in committee.  I may be wrong on that but I think that that's accurate.  But you're right Louisiana is one of two states that does not require a unanimous jury to convict someone for a serious felony and we are the only state that doesn't require unanimous jury to send one someone to prison for the rest of their lives. I think that it's a hallmark of American jurisprudence to have a unanimous jury if the state wants to deprive you of your life and liberty, they should have to clear a high hurdle to do that and I think that that's what this legislation does.  It would put us on par with almost the rest of the country outside of Oregon and it would give Louisianans a chance to, if they're wrongly convicted, for the state to have to clear that high bar to put them in jail for the rest of their lives or for a long time. I think that it's a great piece of legislation, Americans for Prosperity of Louisiana is proud to support it  and I'll be on the House floor today working to do my part to ensure its passage.

SABLUDOWSKY: What time does that come up, any idea?

KAY: Starting at 2 today, my guess is that it'll be a little ways through the schedule before it happens, but it should happen this afternoon.

SABLUDOWSKY: So who's a who's opposed to it?

KAY: It's hard to tell. There are I think folks. there, I think the easiest way to sum it up is they're probably the thing I hear the most is that there are district attorneys across the state who think that this would make this their job a little bit harder to do, to "put bad guys in jail" and I think we all want to put bad guys in jail, the question is whether or not the district attorney's job should be a difficult job and I think that it should be a difficult job.  I don't think that we should pass or vote against legislation based on whether or not a district attorney is gonna have an easier job to do, I think we should pass legislation based on what's right for the people of Louisiana.  The thing about this is and and I've been talking primarily to conservatives about this legislation, the thing that I that I think is interesting about this--is I think that this piece of legislation is small in limited government in its purest form.  I think if you support protecting the property or the dollars of the citizens of Louisiana from the government, you should you should be just as interested if not more protecting the life their life and liberty from the state who who seeks to take that away.  If they're found guilty and I believe that if someone's found guilty, they should go to jail and they should have to serve out whatever sentence is handed down and whatever sentence is required by state law.  The the problem is I think that it should be by unanimous jury and I'm not alone in thinking that.  Not only do 48 other states in this nation think that one of the if not the most conservative Supreme Court Justice Antonin Scalia wrote in a a Court opinion "that the unanimous suffrage of 12 of his equals and neighbors is the least that the state should have to overcome to deprive a man of his life and liberty", and I think that's spot on.

More in this category: « Edwards scares nursing home seniors but has he sent letters to Pelicans and Saints? Did Governor Edwards play the nursing home scare card with Louisiana budget? »
back to top