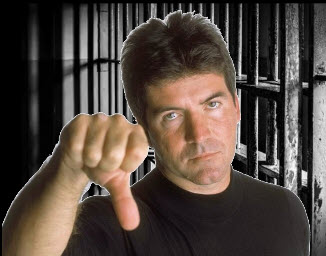 The Louisiana legislative session, part two,  is finally coming to an end. Part one occurred earlier this year as a special fiscal session, in which the legislature could not agree upon a budget at all.  However, given that the legislature could not raise revenues during the part two or regular session this year, that just might occur on Tuesday, when another special session kicks off, or, shall we say, legislative session, part three?

Earlier today, Rob Maness and I discussed the session and the budget that passed on Thursday. Below is the beginning of the pertinent conversation. Here is the entire Facebook Live video.  The excerpt below ends at the 6:24 mark if you would like to watch more of the discussion.

Last, also down the page are relevant and up-to-date tweets related to the legislative session:

SABLUDOWSKY: Could give us some information in terms of what does the budget entail?

MANESS: Well let's just put it this way no nursing home residents are gonna be kicked out, no folks with disabled disabilities needing funding will to take care of themselves are gonna go without that funding. Now of course the naysayers are out there because this budget is a limited budget and there are some that aren't funded to folks liking and of course the naysayers most of them on the left are talking about how 10,000 prisoners are gonna be put out on the street from local jails because of the cuts that are in that budget and those kind of things.

Keeping in mind that we've got a special session I forgot to mention that, I can't believe I did we've got a special session coming up next week to address the shortfall that I think it's at around 642 million at this point now and it's probably going to go lower as we see the revenue estimating committee does its job again and the price of oil's at $71 a barrel the last time I saw it earlier this week.  So that's good news for that and we'll see how it goes.

SABLUDOWSKY: Okay some things on twitter, it says here's why eleven thousand of the fifteen thousand nine hundred sixty five prisoners housed in local jails hope the proposed budget could recrafted by the Senate flies so we talking about almost 12,000 people theoretically being unleashed?

MANESS: Theoretically, but we all know that that budget is not going to stand as it sits as far as the funding in it because of the special session and because the price of oil per barrel continues to rise so you know that that's not going to happen there's a whole list sue Lincoln who I think was on your show this week, I think it was her tweet that put out a list of what is not properly funded now keep in mind this is from a left perspective quite frankly and so it's going to highlight the things their people and those kind of things I mean it even state veterans cemeteries will close

Now look Steve, this budget is is not that different than the overall spending last year inflation is not high at all there's not enough inflation to really account for all of these hand-wringing and scary things coming out and we're just going to have to wait and see you know we can go down a list if you'd like--Louisiana Public Broadcasting's gonna go off the air on New Year's day, as a conservative I don't think we ought to be funding public broadcasting myself anyway but especially at the federal level and and it tends to lean to the left so if it can't be objective, there's no reason to do that

More in this category: « Why Louisiana Governor Edwards has difficulty with a Republican-controlled legislature? Louisiana legislature stands up against protesters damaging oil pipelines »
back to top