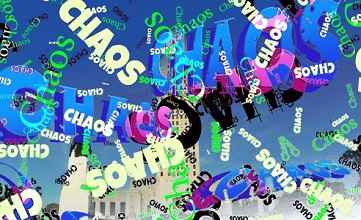 The governor’s position is clear. He wants to raise at least $650 million (thankfully down from the $1.2 billion he requested earlier this year) and explicitly notes he has no strong preference as to how to get there. Sales taxes… business taxes… personal income taxes… economic development incentives… whatever. Roughly any tax will do, as long as it brings in enough green for government.

The Legislature?s position is less clear. Some members are against any new tax? others would gladly support all of the above? and many others are simply trying to plow through the rhetoric and find the best possible balance of spending cuts and new revenue. Since most of the bills to drive efficiencies through reasonable governmental reforms unfortunately died in the last session, new taxes will be the name of the game this time around.

That?s the revenue summary? but what about the spending side?

When the governor introduced his budget in January, he openly encouraged the Legislature to ignore it, stressing there wasn?t a single cut in his budget proposal he wanted them to keep. When the House took that advice, and rewrote their budget version, the governor sent out 37,000 letters to nursing home residents and other Medicaid recipients to tell them their services were soon to be cut, and they should prepare accordingly. The Senate then ?prioritized life? and filled all those health care cuts with existing resources, seemingly easing the concern created by the press conferences and letters. However, late last week, this budget solution was vetoed by the governor.

Now, without an approved budget document in hand, no consensus on amounts and types of taxes needed and only a two-week special session to hammer it all out, the stage is set for a hectic race to the July 1st budget deadline. Caught in the middle are not only the 37,000 letter recipients and taxpayers of all varieties, but also many other critical entities like hospitals, universities and TOPS recipients.

Meanwhile, outside the state Capitol, our economy has some challenges.

Recent data from the U.S. Bureau of Economic Analysis shows Louisiana is one of only eight states to have a reduction in real personal income from the previous year; our drop being the third largest decline in the nation. The continuing manufacturing boom in Lake Charles brought in a 4 percent income jump from the previous year, helping to offset the slow growth seen in other areas. The Lafayette and Houma areas were the largest declines, coming in at a reduction of 7.5 percent and 6.7 percent respectively. We now have the lowest workforce participation level seen in this state in decades, and the lowest GDP growth in the nation.

This session, lawmakers and the governor must proceed carefully with our fragile, service-based economy. Louisiana?s reliance on business taxes as a share of total state and local tax revenue is already 13th in the nation, with employers paying roughly 48 percent of all taxes in Louisiana, a ratio higher than the national average. Businesses also pay a majority of property taxes collected in Louisiana and do so at a rate 50% higher than individuals.

Ironically, some of the job creators choosing to invest most in communities around the state are the ones most under attack by the Capitol. For instance, manufacturing currently accounts for more than 20 percent of the total output in the state, with an average compensation of $85,000, almost double the average wage offered in Louisiana. Including Louisiana, only three states in the country impose a sales tax on manufacturing raw materials, only nine states tax manufacturing machinery and equipment (MM&E) and just 12 states tax manufacturing utilities. LSU economists predict an increased MM&E sales tax in Louisiana would lead to a potential loss of $19 billion in planned projects and the immediate reduction in maintenance and turnarounds, resulting in $6.9 billion in lost earnings for workers and $414 million in foregone state taxes.

This is all to say, Louisiana desperately needs more good-paying private sector jobs and how lawmakers structure this new round of taxes will go a long way towards deciding if that can happen.

Tax reform is a term often used by politicians and pontificators in terms of how government can best squeeze more funds out of our fragile economy. It sure would be nice if every now and then it was instead described in a way to create more jobs? with more pay? for more people. The goal of stabilizing government doesn?t have to be at odds with the need for economic growth.

The inventory tax hikes of the last few years have caused inventory to leave the state, taking corresponding jobs with them. The caps on net operating loss (NOL) deductions have hit folks trying to recover from floods and storms. The industrial tax exemption program changes have caused confusion and led to an immediate and substantial reduction in the number of applications filed, meaning new investments are likely going elsewhere. Any new taxes passed this session must be carefully crafted or they will run the risk of placing further drains on a limping economy at a time we can obviously ill afford to do so.

Everyone wants to do their part to end this frustrating era of state government. New sales taxes of some variety seem likely to happen this session and we, at the Louisiana Association of Business and Industry, will work in good faith to help policymakers throughout this process. But they must proceed carefully. There is no doubt, government deserves some much-needed relief from this chaos? but many Louisiana employers and working families probably deserve it even more.

More in this category: « Louisiana legislature stands up against protesters damaging oil pipelines Governor Edwards, Lt. Guv Nungesser in "Our Louisiana" road show to open fiscal session »
back to top