Put Louisiana government under the arch of performance 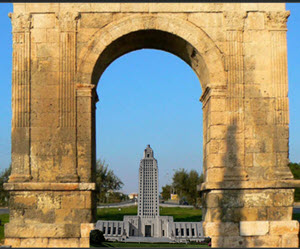 How do you put a dollar value on the worth of a public official?  How about this idea. Shouldn’t receiving any salary increase be based on results?

LSU football coach Ed Orgeron will pocket some three and a half million dollars this year, making him one of the highest-paid football coaches in the nation. He received such an enormous salary package based on results. It’s the old adage that you get what you pay for, and with Ed, LSU ended the football season winning10 games.

Should time and work be the only criteria in paying public employees? Why not pay the governor, the secretary of economic development, the superintendent of education, and a cross section of other public officials that directly affect our lives based on a scale of how well they perform and what results they achieve?

Experimentation with performance pay in the public sector is on the grow. A New York City charter school is promising to pay teachers $125,000 a year, plus bonuses based on classroom and school-wide performance. Sure, this is a lot of money, but those in charge are looking for a significant increase in student performance levels. Bottom line — results.

But can you create an accountability and production index in government? I think you can. This would be a challenge for key economists at Louisiana universities. Develop a formula that would give a “performance index.” Sounds difficult, but why not give it a try?  If you take the economic figures below and compare them with other states, Louisiana comes in 48th in the nation.

I suggest starting a Louisiana “misery index”. Go ahead and pay Gov. John Bel Edwards and his brain trust the big bucks. The governor should make $1 million a year. But this amount would be adjusted by the misery index. Right now, the index is high on poor growth and low on performance, so Edwards salary would be close to what he now makes: $125,000.  Now this should just be the beginning. As Governor Edwards often tells us, future economic growth in Louisiana is tied to job skills through education. Therefore, we should build into the formula increases in high school math performance, elementary student test results, reduction in the state’s troubling pollution levels, and maybe the number of new movies that are shot in Louisiana each year. Leave out the LSU national football ratings but include the student athlete graduation rates.

Finally, I would factor in consumer confidence. Are the voters getting tangible results? Are they happy with the performance of their top public officials? If you own shares of stock, and have little confidence in your company investment, you simply sell the stock. The average Joe ought to be able to put in his two cents worth as to the value he’s getting out of Louisiana government. Get his opinion through a statewide poll and factor the results in to the performance index.

So to all the statewide officials, I say make your case and ask the salary level you think you are worth. But just like in the private sector, be prepared to defend the bottom line. The proof of course is in the pudding. Be accountable for the results that take place. And if you succeed, reap the benefits.

In ancient Rome, there was a tradition when major projects were built. Whenever a Roman engineer constructed an arch, as the capstone was hoisted into place, the engineer assumed accountability for his work in the most profound way possible. He stood under the arch.

So pay these pied pipers of change and economic growth the big bucks they say they are worth. But keep them directly under the arch of performance, and let voters know there will be a day of reckoning if this promise of change and results plummet to the ground.

More in this category: « Barras, not Governor Edwards is right on revenue estimating conference and projections Louisiana could be leader in terminating abortions »
Login to post comments
back to top