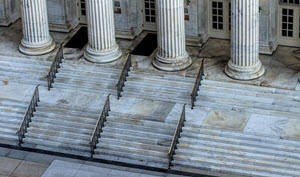 Although a decision on the matter will apply to many fewer defendants across Louisiana now, a needed challenge to a badly flawed decision on jury sentencing points out in passing an unintended consequence of recent change to this policy.

Last year, voters amended the Constitution to sweet away the state’s requirement – shared now only by Oregon – that juries decide cases with only 10 of 12 votes (except, according to the criminal code, cases that could carry a capital sentence). However, the change to unanimity didn’t affect cases already in the pipeline.

Unless you agreed with rogue 41st District Judge Stephen Beasley. In a magnificent display of judicial activism, last fall Beasley declared the 10/12 standard unconstitutional as it disproportionately affected black defendants because – he alone determined despite far more persuasive explanations at hand – it was inherently racist from its origin, thus violating the U.S. Constitution’s Equal Protection clause

Fortunately, the District Attorney Don Burkett appealed that in a more recent related case, which sends that one to the Supreme Court as it found a state statute unconstitutional. Almost certainly it will reverse the suspect decision, which will prevent confusion or its illegitimate use statewide.

Indisputably, the decision at present stands in the 41st District, Sabine Parish. But some adventuresome defense attorneys apparently hope to con judges elsewhere into using that standard in their own trials, as exemplified in the neighboring 1st District, Caddo Parish.

There, during a trial an attorney argued his client needed unanimity for conviction, citing the 41st District’s decision. But 1st District Attorney James Stewart – a supporter of the amendment – intervened to remind District Judge John Mosely what applies in Sabine didn’t affect Caddo, who agreed. Both men are black.

Yet that case provided instructive irony about the amendment. As it turned out, the defendant won acquittal – 11-1. Under the law now mooted for cases involving crimes committed before the start of the year, the accused walks free, but had the new standard applied, non-unanimity would have meant a mistrial and the possibility of a retrial, or plea to avoid that, which could have netted a conviction.

Thus, if you’ve been pinched for a crime prior to the end of last year that you didn’t commit but haven’t yet face trial, you’d better root for the Court to reverse Beasley’s decision. Otherwise, even if just one juror thinks you’re guilty, you may be in for another trial and all the expense and disruption of your life that entails. And if you’re innocent but picked up for something from Jan. 1 on and last fall you voted to require unanimity, you may end up ruing that choice.

More in this category: « LABI claims Louisiana No. 1 in startling rise in business taxes Shh! No secret how to lower Louisiana auto insurance rates »
back to top