Shh! No secret how to lower Louisiana auto insurance rates 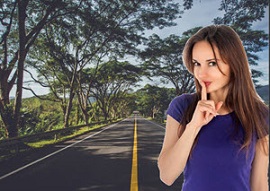 Statewide elections are six months away, so after ignoring Louisiana’s outrageously high insurance rates for the past three years, legislators are running for cover.  Two study commissions have been created, one by the Governor and another by the Insurance Department, for the purpose of finding ways to lower the cost of auto insurance. So to be of help and having a bit of background in dealing with insurance issues, I have the solution.  Don’t reinvent the wheel. Do one thing. Enforce existing laws.

There is no need to form more state commissions close to election time to go over and over again what any insurance policyholder in the state already knows. The state’s current laws are as tough as any state in the country.  But too often, they are not being enforced. The existing system is amuck with slip shod regulation and enforcement. If you want to see a significant drop in the cost of auto insurance, begin by enforcing good laws that are already on the books.

There are a number of factors repeatedly cited for Louisiana’s high auto insurance costs — poor roads, high rate of car thefts, inflated repair expenses, unwarranted litigation, a dysfunctional regulatory system, and no consumer affairs office to speak up for policyholders. Nonetheless, a major factor is the caliber of the Louisiana drivers themselves. How can we put this diplomatically? Many Louisianans are downright lousy drivers.

Drunk driving continues to run rampant all over Louisiana. During the past two months, I made a special effort to read area newspapers for reports of DWI arrests, and what I saw was startling. Third offense drunk driving arrests were often the norm. In Metairie, a hit and run driver was booked for his 7th DWI. An Abita Springs man was booked recently for his 8th DWI after a hit and run. In Baton Rouge just this week, a local driver was busted for a 7th DWI. And 6 hours after being released from jail, a Duson man got back in his car while drunk again and killed the driver of another car.

Here’s the question. Why were drivers with so many DWIs allowed to be on the road in the first place? Actually, Louisiana has some of the toughest DWI laws in the country.  For a third offense DWI, there is no discretion for judges.  An offender with three convictions faces a mandatory sentence of two years in jail. And get this – the party convicted is supposed to have their car seized and sold out from under them. But the strong drunk driving laws on the books too often are simply not implemented.

The problem is one of enforcement.  Many judges and prosecutors ignore the law.  Often the DWI charge is reduced to careless and reckless driving. And compounding this problem is that computer information systems in one parish are unable to communicate with systems in another parish, so a prosecutor is not aware of previous convictions.

Besides drunk drivers, highway fatalities are directly related to speed. If you want to see how it feels to drive at the Daytona 500, just head on down I-10 to New Orleans from Baton Rouge in the morning or in the late afternoon. As a test, in my trips along that route, I often set my cruise control on 74 miles per hour. The speed limit is 70. Then I count the number of cars that wiz past me, often traveling in excess of 80 mph. I generally quit counting after 100 cars pass me within the first 30 miles of my trip. The same can be said for drivers on I-12, and I-49.

There have been a number of recent complaints about speed traps along I-49 in the towns of Woodworth and Washington. The speed limit is 75 miles an hour, but numerous grumblings, including some by legislators, charge that these towns are writing speeding tickets as a way of financing the town’s budget. So I called my old friend David Butler, the Mayor of Woodworth. He gave me some good advice.

“Jim, here’s the secret to avoiding any so-called speed trap,” the Mayor said. “The speed limit is 75 miles an hour.”  The he whispered: “Don’t go any faster.”

Speeding,  drunk driving and poor insurance regulation are key factors in why Louisiana has such high insurance rates. It comes down to driver responsibility and enforcing the laws on the books. The honor of having the nation’s worst drivers is an award the state can do without.