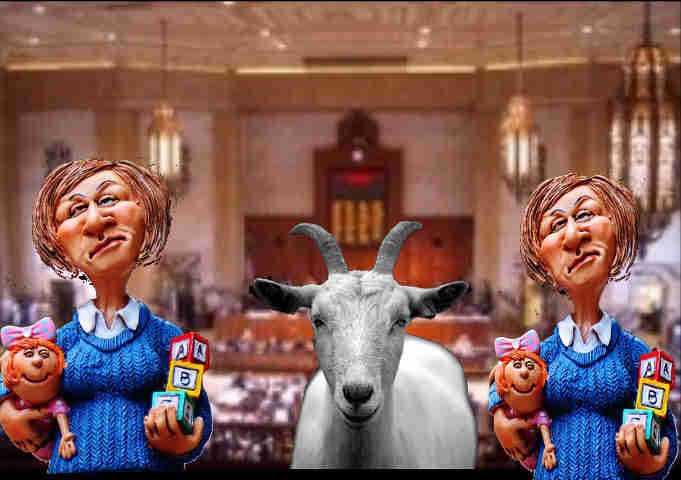 Once again, Louisiana politicians are on the verge of passing another law that will restrict our freedoms and take money out of the pockets of hard-working Louisiana taxpayers, all in the name of safety.

For several years, LA State Representative Mike “Pete” Huval (R-Breaux Bridge) has tried to pass a bill banning the right of a motorist to use a handheld cell phone in a vehicle. The bill would prohibit both phone calling and GPS use by responsible drivers.

Yesterday, Huval’s bill, HB 229, finally passed the State House by a vote of 61-37. This was after a previous attempt failed earlier in the session.

This is a horrible bill for our state government has no right to tell us what we can do with our own property (cell phone) in a vehicle that we own, if we are not harming other people. This is the “Nanny State” running amok.

Every day on my radio show, listeners use mobile devices to call my program from their vehicles. They give their opinions, provide traffic updates and other valuable information to our audience. These callers know they must be very careful when they use a mobile device in their vehicles, and they are very responsible individuals.

Currently, Louisiana has several laws on the books dealing with distracted driving and texting with driving. The last thing we need is another law infringing on our liberties. In fact, a motorist could lose their driver’s license after a third “offense.”

If ticketed, motorists will have to pay an exorbitant fine ($200) which is, in effect, another tax. The people of Louisiana are taxed enough already, we don’t need another one.

If this law is passed, what will be next? Banning other "distractions" such as listening to talk radio or music, eating, drinking non-alcoholic beverages and even conversing with other passengers in the car. We know the most distracting thing may be a baby crying, let's hope this will not be eventually banned.

What is particularly disturbing is that the bill was sponsored by a Republican, Representative Huval, and supported by an overwhelming number of House Republicans. Of the 61 House members who voted for the bill, an astounding number, 46, were Republicans.

Does the Republican Party support limited government, individual liberty, lower taxes or not?

In addition, Louisiana is supposed to be a conservative state that respects the freedom of its citizens. Unfortunately, each year, there are too many bills designed to limit those freedoms and extract more money from hard working taxpayers.

We don't need more laws in Louisiana, we have too many already.

It now moves to the Louisiana State Senate, where it will be discussed in the Senate Judiciary C Committee. Let’s hope sanity prevails in the upper chamber and a bad bill is prevented from becoming another law that is not needed in Louisiana.