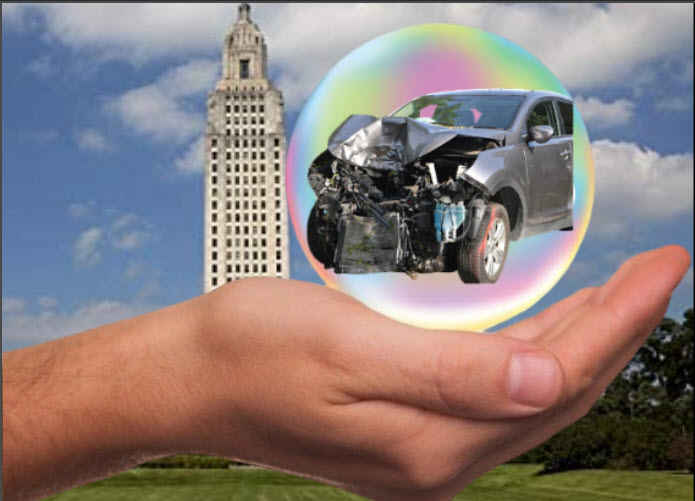 Say what?  I’m sure I’m not hearing this right.  After spending millions of dollars in lobbying for so called tort reform, and promising that limiting policyholders’ legal rights will cause a major reduction in the cost of automobile insurance, the industry seems to be taking an “about-face”.  Here’s what the Morning Advocate reported this week:

“Louisiana drivers will pay the highest prices for auto insurance in the nation next year despite having passed a sweeping tort reform law that was sold as a way to dramatically lower premiums by as much as 25%, an insurance industry executive, who was one of the primary forces behind the legislation, told a panel of primarily Republican businessmen and legislators, who helped pass the new law.”