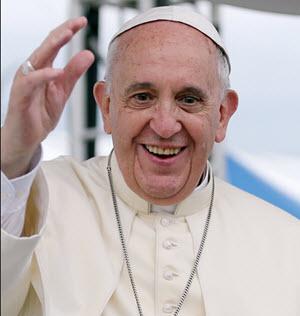 Catholic newspaper OSV Newsweekly puts New Orleans at the top of their list to visit a city that reflects Catholic “culture, history, physical landscape and spirituality.” The St. Louis Cathedral is the oldest continuing functioning Cathedral in the country, built in 1789.  The first Catholic hospital was founded in the Crescent City, Hotel Dieu, operated by the Daughters of Charity.  It would be hard to find a region more quintessentially Catholic since its founding than a large part of Louisiana.

Now I’m about as Catholic as one can get without actually making the conversion. I was married in the church, and my three daughters were baptized by Bishop Charles Greco, the late and beloved Patriarch of the central and north Louisiana parishes.  When my children were quite young, our family spent a number of winter weekends with Bishop Greco at a family hunting and fishing camp on Davis Island, in the middle of the Mississippi River, some 30 miles below Vicksburg.

On many a cold and rainy morning, a handful of us at the camp would rise before dawn for the Bishop to conduct a Sunday or holiday Mass. And even though I was not Catholic, he treated me as one of his own. The Bishop would patiently sit for hours and answer my barrage of questions about the history and the relevancy of the Catholic Church.

Father Chris Naulty, now pastoring in New Orleans, toured our family through the Vatican, even taking us down under St. Peter’s to the historic catacombs, and opened my eyes to the vast history of the Church and to the influence of Catholicism world wide.  In my hometown of Baton Rouge, Fathers Miles Walsh and Cleo Milano are my sparring partners when I raise questions about the future direction of the church. Father Cleo pastors at Lady of Mercy, which is close to my home.  The Church has a marvelous adoration chapel that is open 24 hours a day.  It’s my resting place for meditation and solitude several times a week.

So why haven’t I become Catholic?  I was named after the disciple James, the brother of Jesus Christ.  In the New Testament book of James, the disciple conveys a Christian doctrine of simplicity.  He offers two premises to be a convert. Believe in a higher being and do good works. That’s it. No involved ritual. No pomp and circumstance. Simply believing and helping others.

This new Pope seems to be in the direction of more simplification, and appears willing to face head on a number of controversies that have divided the Church.  Catholics worldwide seem to want more openness, more discussion and better communication. As Billy Joel sang about the church: “Virginia, they didn’t give you quite enough information.”

Pope Francis will have to confront the issue of a dwindling number of priests to minister to a flock of over one billion Catholics. What about priests being allowed to marry?  Women joining the priesthood, an increasing responsibility for nuns including the offering of the Sacraments facing up to the sex abuse scandals, allowing for more evangelical services that are not as strong on ritual — all are issues that have a growing constituency that will require attention and reasonable understanding by the new pope.

Yet, in spite of all the pressures to change and adapt, the Catholic Church should have a moral consistency, and not just modify doctrine and core beliefs based on current popular whim. Shouldn’t the Ten Commandments and the truths of the Sermon of the Mount be perpetual?

Pope Francis, although popular worldwide, has his work cut out to unify a church enmeshed in controversy. Thousands of Louisiana Catholics, who by and large desire a church grounded in moral consistency, seem to be giving this Pope good will and the benefit of any doubt. As for this aging but quite interested possible convert, I’ll be watching on the sidelines.