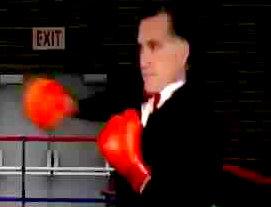 There are just a few short weeks until the presidential election and most polls show a very tight race. While the mainstream news media is declaring President Obama slightly ahead in most polls, some analysts like Dick Morris of Fox News believe that the pollsters are skewing the data to give the incumbent an advantage.

Whatever the exact poll numbers, almost everyone believes it will be very close. Yet, with the situation in our country and throughout the world, this election should not be close at all. It is an outrage that GOP presidential nominee Mitt Romney is not leading by a huge margin.

Our economy is horrible, the Middle East is in flames, our culture is in shambles and race relations have deteriorated since Obama took office. By almost every test, the President has failed. He did not cut the deficit in half, create more jobs, bring a greater measure of peace to the Arab World or help heal a divided nation.

The liberal news media will not tell this true story completely or fairly, so it all rests on the Republican presidential candidate to set the record straight. On this measure, Governor Romney has been a failure. Sadly, he has been a very poor communicator in this race.

Gone is the candidate who eviscerated his Republican opponents in the primaries. Voters are now witnessing Romney playing the role of the “gentleman” in his match-up against Obama.

To win, he needs to take off the mitts, and aggressively challenge Obama on his record all across the board, not just the economy. Governor Romney wants to focus strictly on the economy, yet many other issues cry for attention and can be used to rally conservatives and Independents to his campaign.

Sadly, Romney has allowed the media to sidetrack his message with a variety of bogus issues, including the “bombshell” video taken at a Florida fundraising dinner in May.

In the video, Romney tells a small group of supporters some basic facts about the electorate. To win, he will need to appeal to the undecided, Independent voters. The ones not paying taxes are most likely in Obama’s camp. This supposedly controversial comment was misconstrued by the media into a statement that Romney does not care about 47% of the electorate. In reality, he was admitting that he cannot focus on that group of voters and needs to worry about those he can attract.

It is time that Romney stopped playing defense on issues such as his tax returns and started playing offense. He does not have a woeful record to defend; it is President Obama who should be on the defensive.

Some voters find Obama to be a likeable person who is well meaning, but Romney needs to dispel that notion. He should be educating voters about Obama’s radical roots, his radical mentors, his radical philosophy and his radical agenda.

Romney cannot expose the President by being a gentleman and playing “nice.” In politics, nice guys finish last. Four years ago, John McCain played “nice” against Barack Obama and finished with 46% of the vote, losing in an Electoral College landslide.

To avoid that scenario, Romney needs to be honest, straightforward and direct with the American people about the dangers of an Obama second term.

It is not just that Obama will wreck the economy even more. His failure to deal with radical Islam is another growing problem.

Romney should outline how he will fix the economy, deal with radical Islam and counteract the spread of this dangerous ideology in the Middle East and Northern Africa. Romney should also be candid about the President’s divisive rhetoric, his class warfare and his racially divisive politics. The Governor should provide voters with his plan on how he will heal our country both culturally and economically.

The stakes are extremely high on November 6. Our country faces a fork in the road. Do we continue down the road to socialism, division and appeasement or not.

Mitt Romney needs to explain to the American people why this election is so important and why a second Obama term would be so dangerous. He will have to show emotion, outrage and courage and take on President Obama directly. It might be uncomfortable for Governor Romney, but it is the only way he will win.

WATCH THE VIDEO BELOW...COMMENT ON THE COLUMN, BELOW