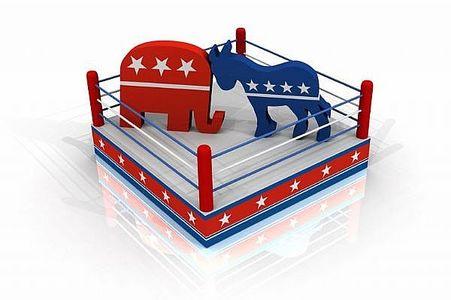 Would a candidate (Scott Angelle) who served for both Democrat Gov. Kathleen Blanco and Republican Bobby Jindal be hurt by that service?  How bad does a presumed relationship to prostitute hurt a candidate (David Vitter), if at all?  Would voting for taxes in the past hurt the candidate in this election (Dardenne)?  How much of a factor is Vitter's enormous money advantage over the other candidates?  How will the Super PAC affect the election?  What appear's to be Vitter’s campaign strategy?

These were some of the highlight issues raised in the recent WWL the Advocate poll released early this week, conducted by Ron Faucheux for Clarus research group.  The pollster asked these questions without identifying any of the candidates by name so it would not affect a candidate’s poll numbers.

On Tuesday, I interviewed Faucheux.  Here is part I of the interview

Here is a summary of Faucheux's observations on these issues:

Would a candidate (Scott Angelle) who served for both Democrat Gov. Kathleen Blanco and Republican Bobby Jindal be hurt by that service?

Sixty-nine percent of the voters said that a candidate working for both Gov. Kathleen Blanco and Bobby Jindal would not affect their vote, 20% said they would vote against the candidate, 4% said they would vote for the candidate. Obviously, the question was targeted to see whether or not Scott Angelle would be negatively impacted by his services to the Democratic governor and her successor, Gov. Jindal, a Republican.

Faucheux said that close to 70% said it would not affect their vote.

How bad does a presumed relationship to prostitute hurt a candidate (David Vitter), if at all?

According to the survey, 46 percent of those surveyed said a candidate's supposed link to a prostitution service would not affect their vote. 44 percent said they would vote against such a candidate.

The pollster said that it is a factor, depends upon how that issue is used, but it doesn't mean that given the circumstances of all the issues, that voters would change their minds as to the importance it plays in their votes.

Would voting for taxes in the past hurt the candidate in this election (Dardenne)?

How much of a factor is Vitter's enormous money advantage over the other candidates?

Between Vitter’s campaign war chest and the Super PAC supporting his candidacy, Vitter appears to have more money than the other candidates combined.  How much of an advantage is that for the Republican Senator?  Faucheux feels it would be very difficult for Dardenne and Angelle to break through the Vitter lock if they don't have enough money, however, it would not be impossible.  Ultimately, the success or failure of beating Vitter would depend upon how they spend their money

How will the Super PAC affect the election?

Legally, there is supposed to be no coordination between a SuperPAC and a candidate’s campaign.  Unquestionably, ads by the candidate promoting his candidacy and bashing another’s will likely greatly benefit a candidate, with money.

However, while SuperPac’s are still a very new political creature, allowing people and corporations and others to contribute unlimited amounts of money to the SuperPAC, according to Faucheux, there conceivably could be unintended consequences (assuming the lack of coordination between the two organizations).

Faucheux noted that a candidate and his campaign could have a totally different strategy from the SuperPAC and their internal information could suggest a different approach than the one taken by the PAC.

What appears to be Vitter’s campaign strategy?

The pollster believes that Sen. Vitter’s strategy is to be very clear that he is running as the most conservative candidate in the race, “sort of like the real Republican in a race”.  Faucheux believes Vitter hopes to build enough base on the right side of the spectrum to get into the runoff no matter who the candidate might be.  He feels Vitter is engaging in an ideological contest—conservative versus liberal. Democrat and he might be right might be ultimately what could be