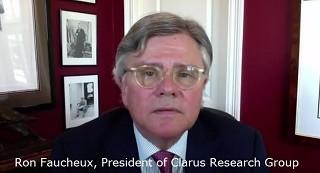 Pollster Bernie Pinsonat made comments about the governor’s race in a recent Bayou Buzz interview that require further discussion.

Bernie said polls that pit Republican David Vitter against Democrat John Bel Edwards in a possible runoff are “meaningless” because “no one has pointed out that he [Edwards] is a Democrat with all of the baggage that goes along with it.”

We included in the recent WWL-TV/Advocate poll a Vitter-Edwards trial heat because it is a possible, even likely, runoff scenario. Our poll found that if the runoff had been held on Sept. 20-23, Edwards would have led Vitter by 4 points (45-41) with 14% undecided.

Bernie is right when he says that our poll was taken before any of the other Republican candidates attacked Edwards as "a Democrat with all of the baggage that goes along with it.” As Bernie knows, polls are only “pictures in time.” Is he implying that polls shouldn’t test a range of possibilities to confirm or reject conventional wisdom? Is he saying pollsters should rely on personal hunches in place of scientific data? Let’s hope not.

A series of questions in our poll that Bernie called “silly” actually provided useful insights into voter perceptions of all the candidates. Our poll found, for example, that Vitter is perceived as the strongest leader, the most intelligent and effective of the candidates, the one with the best experience to be governor. Edwards led as the candidate voters believe to be the most honest, the one most likely to bring change. We also found that most voters see Angelle as most likeable. These are all fair and worthwhile metrics pollsters use to objectively test public perceptions of candidate strengths and weaknesses––perceptions that form the basis of campaign strategy.

One other thing our poll found is that most voters believe Vitter would likely continue the policies of Gov. Jindal. This is clearly a danger sign for Vitter. Only 34% of the state’s voters rate Jindal favorably and 62% rate him unfavorably. No candidate, Vitter nor anyone else, wants to carry that dead weight. Even though this finding was the result of one of the poll questions that Bernie called “silly,” political pros in the state from both parties found it to be particularly insightful.

Here’s the reason: There are many instances where states with a strong inclination toward one party elect governors of the other party out of a desire for change after an unpopular administration. Massachusetts, Maryland and Illinois, three solid Democratic states, elected Republican governors last year. In Republican Alaska, an independent beat the GOP incumbent, and in Montana, also a Republican​ stronghold, voters elected a Democrat.

The interesting question is whether Louisiana could become one of those states this year.

While there’s still good reason to consider Vitter the favorite based on partisan trends and money, the WWL-TV/Advocate poll found that the Jindal factor may complicate the dynamics of what would otherwise be a cut-and-dried Democrat vs. Republican runoff, with the Republican the winner.

That’s all I’m saying, Bernie. That’s why we take polls.