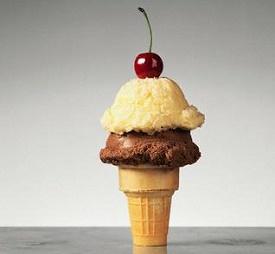 Does David Vitter have a new issue to use in his attack against Jay Dardenne, or is he lying about Dardenne’s record?

As the days of the gubernatorial election fast-approaches, what will be the issues and closing arguments that define this campaign season?

Yesterday, the Vitter campaign sent out this email press release:

Why Jay Dardenne Ain’t Right for Louisiana:
Dardenne Double Dips Taxpayer Dollars to Do His Job
Dardenne pays himself nearly $75,000 to promote Louisiana through his own personal private company WLAM, even though that's his job as Lieutenant Governor

A prior Team Vitter allegation which has been blasted in commercials for a couple of weeks claiming that Dardenne had used taxpayer money for others (including his wife) to enjoy a trip to Europe on his birthday.   Dardenne responded that this allegation is a “lie” andhe discussed it Wednesday morning on Jeff Crouere’s WGSO radio show.

As Louisiana’s Lieutenant Governor, Jay Dardenne claims his main job is to promote Louisiana. As taxpayers, that is what we pay him to do. But did you know that Jay Dardenne created his own private company to get paid on the side, to do the same thing?

Dardenne created a private, for-profit company called “Why Louisiana Ain’t Mississippi” (WLAM) to give speeches and promote Louisiana – exactly what he is getting paid to do by the Louisiana taxpayers.

Dardenne has charged a number of Louisiana non-profits, parish travel bureaus, associations, and even the taxpayer funded Louisiana Supreme Court. The media has reported that he charges $2,500 to give one of his speeches. From 2011-2013 Dardenne has reported $15,000 to $74,997 in personal income that he has made from WLAM according to his Louisiana financial disclosures.

The question needs to be asked: Shouldn’t Jay Dardenne’s speeches be free and part of his official duties as the Lieutenant Governor?

Read all the documentation of Double Dipping Dardenne here.

I requested a response from the Dardenne campaign which his campaign labeled in the email's subject--“Vitter’s latest lie”.  It is below:

"About 11 years ago I created this presentation called why Louisiana Ain't Mississippi. It's a two and a half hour Powerpoint about Louisiana culture, history, music, demography, trivia, and it's kind of a one man show about Louisiana. Ive done it for ten or eleven years and I charge $2500 every time I do it. I disclose the income on my financial disclosure, not only the amount of money that I made, but who I did it for. I wasn't required to do that but I believe in transparency. I put the names of the entities that have come to me and asked me to do it. I don't market it at all. It's gotten rave reviews from people who hear it, so word of mouth has gotten people coming to me to ask me to do it. The (Louisiana) Supreme Court asked me to do it for a conference they hosted for visiting justices from the southern states. It's not designed for people who don't live in Louisiana. It's designed for people who live in Louisiana to better understand their state.
Q: Did you consider doing it for free when you did it for the supreme court?
A. I've done it free  one time for the tourism industry. But otherwise if I start doing it for free everyone is going to want me to do it free. It is a presentation and it takes two and a half hours to do and its representative of the research I've done and people enjoy it.
It certainly wasn't part of my job as lieutenant governor because I've been doing it since I was in the state senate.
Usually I do three or four a year, maybe five."

While I do not fully understand the facts of this latest Vitter-charge, and while I don't have a full understanding as to the ethical or legal implications being raised, I, for one, believe we should look at the political practices and check our "sense of outrage" before following any party lines in support or in defense of this allegation.

Dardenne is not the only elected official engaging in a compensated activity that is separate from his duties, for which he was elected and being well-paid. Our Governor, Bobby Jindal has been "writing the book" about how to get paid handsomely by the state yet feather his own personal nest.  In fact, over the past almost eight years, he has spent nearly half of his time while being a state employee, raising money for his presidential campaign-related endeavors, the latest, actually, writing a book, his second one, as governor.     Up until the time that Jindal officially became a candidate, Team Jindal's defense mantra has been that these extra-curricula activities are being done to benefit Louisiana, as if the primary purpose is really for "us", rather than for "him".  While there are many voters who are outraged by the governor's behavior, we still hear his supporters excusing his actions, even contributing to his bizarre presidential campaign.

Arguably, the question raised by the Vitter campaign is--isn't the PowerPoint presentation promoting Louisiana--the very type of activity Dardenne is being paid to do by the taxpayers, therefore "double-dipping"?

Dardenne, in his defense, claims the presentation was created before he was a statewide officer, that he has been open about it with his documentation, even going beyond what is legally necessary.  Also, while he has not made this defense, one can argue that since he conducted it before the Louisiana Supreme Court, it was approved by that governmental body and by others.

So, the questions become:  Is this a legitimate campaign issue?  If so, does it have "legs"?  Or is it what Vitter's opponents including Dardenne claim to be a smear campaign by a "desperate" candidate dropping in the polls who has virtually unlimited resources including close to one-million dollars transferred from his Senatorial campaign to his SuperPAC, which has been used to promote his own candidacy and to attack others.

Personally, I would hope that our legislature and our next governor would put an end to full-time state employees receiving payment for "compensated services" committed outside the duties paid for by the Louisiana taxpayers or even by the federal government.  There should be no reason--now, or in the future, that any candidate for statewide office should be under attack for providing any service that might be questioned by an opponent, whether that service is legal, ethical or not.  Statewide office holders, who receive fulltime salaries should know that their activities and motives will be questioned, after all, this is how the political process works, for better or worse.

While there are definitely differences in fact, in many ways, the so-called "double-dipping" claim is reminiscent of the last-minute campaign explosion arising out of the 2014 Landrieu-Cassidy runoff.  Only weeks before the election, two bloggers published that now-Senator Bill Cassidy, a Republican, was "double dipping".  (There have been many legitimate reports that the mainstream media turned down the story proffered by the Landrieu campaign and only made it an issue once the blogs got traction). The blogs reported that Cassidy, as a member of the House of Representatives, continued to work for the state.   He contracted to provide teaching, research and supervisory services for the LSU Health Science Center, with whom he had been employed prior to his being elected to Congress.  Due to the lack of documentation, the Cassidy opponents questioned whether he did any of the work for LSU for which was being paid.  The parties involved in the contract emphasized that documentation was necessary and an auditing likely given the arrangement.  Again, the facts and issues do not line up squarely with the Dardenne scenario.  The US House of Representatives did not pay Dr. Cassidy an income for his medical expertise.  The type of presentation being Dardenne made promoting Louisiana surely could be argued fell within the ambit of his job duties serving as being in charge of culture, recreation and tourism for the state.  Still there were similar allegations made against Cassidy that he actually performed research on the controversial Affordable Care Act while being under the auspices of LSU, an assignment that would be irrelevant to his work with his healthcare assignment, but, which would be very useful to his work as a Republican Congressman.  The fact that he failed to document and that documents were later post-dated gave oxygen to the scandal fire (an LSU investigation did not find any wrong-doing, although it did criticize the process of failing to document).   Those favoring Cassidy claimed it all a cheap political stunt coming late in the campaign, having no substance whatsoever.  One of the major supporters and chief advisor to the Cassidy was Senator David Vitter who defended the former Congressman.  Cassidy refused to discuss the issue in detail when questioned and left the campaign trail.  He won by sizeable margin.

While not attempting to re-litigate this recent charge of impropriety, I am raising it because it is evidence of what will likely occur when one candidate charges the other candidate with improper use of money or time when a state official is publicly paid fulltime and then performs additional services for additional income, whether those services are related or unrelated activities to the official state assignment.  Whether any or all of these extra-curricular activities fall within the bounds of the law or ethics code, it will and should be questioned by the public, even when it is revealed shortly before election day and under the circumstances that could arguably be called a last-minute cheap political trick.

Interestingly, Vitter's new charge was made hours prior to last-night's statewide televised debate, attended by Dardenne, fellow Republican Scott Angelle and Democrat Jon Bel Edwards.  Vitter claims he had Senatorial duties needing to be fulfilled.  His opponents contend he has been insisting upon receiving the questions and is limiting his debate activities for pure political reasons

Nonetheless, the debate was focused primarily on the budget but towards the end, there were a few questions asked of the candidates--including one which asked each of the candidates to tell the TV audience about those qualities they liked in their opponents.

When it came time for Scott Angelle to make his comments about Jay Dardenne, he stated: "When I think of Jay I think of a man of incredible integrity that has served this state in a variety of ways and always leaving a place better than he found it."

Over the remaining two weeks of this gubernatorial election, the voters will hear much about the issues of integrity, competency, preferred political philosophies and yes, hypocrisies.

Hopefully, "we the Louisiana jury of voters" will somehow render a just and fair verdict after we sift through the facts, weigh the allegations and cross-charges, filter out falsities of millions of dollars in TV ads foisted upon us that pull on our hearts and cloud our minds.

In the age of SuperPACS, where the rich and super rich control what we think and how we vote, we could use a dose of decency and truth-telling, even if it hurts our favorite candidates.

There could be unfortunate consequences, if we don't.

More in this category: « Closed primaries in Louisiana elections helps political parties Despite absences at TV debates, will Vitter show Louisiana, he's the guy? »
back to top