Gunning Boehner, McCarthy, Rino's, to control Speaker of the House 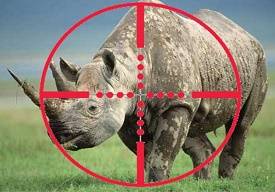 It has been an extraordinary two weeks of massive, positive change in the Republican Party. Yesterday, House Majority Leader Kevin McCarthy announced he would not seek the position of House Speaker. McCarthy was the presumed favorite and supposedly had locked up the votes; however, his misstatements about the House Benghazi committee coupled with his moderate voting record were causing a growing number of conservative activists to vigorously oppose his election. As his support dropped below the magic number of 218, McCarthy bowed out of the race, setting off a mad scramble for the top position.

The whole process started on September 25 when RINO (Republican in Name Only) House Speaker John Boehner announced his retirement from Congress effective on October 30. Boehner feared that he would not survive a motion to vacate the chair sponsored by Congressman Mark Meadows (R-NC). His support among the House Republican caucus started to seriously slip as conservatives throughout the country increased the pressure on House members during the August recess.

Grassroots Republicans have been disgusted by the unwillingness of their congressional leadership to fight President Obama and stop his liberal agenda. On issues such as the Iran nuclear deal, Planned Parenthood funding, Obamacare and executive amnesty for millions of illegal aliens, Republican leaders on Capitol Hall have refused to use their constitutionally mandated power of the purse.

It is imperative that this leadership vacuum be filled by a strong conservative House Speaker. Today, House conservatives have a tremendous opportunity to elect a courageous leader who will follow the constitution and challenge a President who is out of control and trying to govern through executive orders.

A great role model for the next House Speaker is Newt Gingrich who enjoyed a very successful tenure from 1995-1999. He brought President Bill Clinton to the bargaining table and generated a budget surplus, a significant capital gains tax cut and historic welfare reform. None of these accomplishments would have happened without a strong House Speaker. On his own, Clinton was a liberal President who believed in big government. Yet, he saw the political wisdom of working with a motivated, energized House of Representatives who were intent of making meaningful change in the country.

Gingrich spearheaded the Contract with America, a list of legislative priorities that were actually placed before Congress for a vote. Amazingly, a majority of the conservative initiatives were passed by the House of Representatives. Unfortunately, since Gingrich, congressional Republicans have been led by moderate Speakers, uninterested in pursuing real change, only cutting deals and following orders from the big donors and special interests.

Now that this powerful seat is open, many different candidates are looking at the race. Hopefully, the House Freedom Caucus, the band of 42 conservatives, will unite behind a candidate to challenge the establishment.

The good news is that millions of grassroots Republicans will support a real conservative, instead of a RINO, as House Speaker. The Republican Party, and more importantly, the country desperately needs a courageous, conservative House Speaker who will withstand the onslaught of criticism from the media, the Democrats and establishment Republicans and reestablish the role of Congress as a viable branch of government, no longer willing to be bullied by a President intent on monopolizing power.

More in this category: « Louisiana governor's race slug-fest: outsiders vs. insiders Jindal has unshakeable lock on his 1% of GOP vote »
back to top