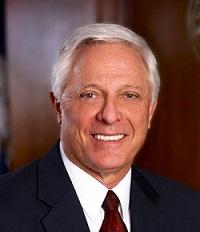 Political shorts for today:  The Louisiana Democratic Party, via a press release, is poking Attorney General, Buddy Caldwell for a “lazy smear” against Democrat Geri Broussard Baloney.  The powerful Building Contractor PAC has announced their legislative picks.  And, tweets for the day:

Incumbent Attorney General Buddy Caldwell, under siege from his current party and facing skeptical voters, has been forced to resort to name-calling and outright falsehoods. Ranting to reporters last week, he went so far as to claim that his four challengers have tried a single case in court between them. Panicking in response to challenges on all sides, the state’s top lawyer showed a willful disregard for the facts on record.

Caldwell’s lazy smears are beyond inaccurate in this instance, and offer particular insult to Geri Broussard Baloney, who has prosecuted hundreds of civil and criminal cases over the last twenty years, including several in federal court. Caldwell’s willful ignorance of Baloney’s record and characteristic befuddlement regarding the facts display a disdain for his opponent, for his constituency, and for basic integrity. While Caldwell’s widely-reviled “Buddy system” of nepotism and playing favorites failed to win him the endorsement of the state GOP, Louisiana Democrats have rallied behind Baloney as a woman of integrity and accomplishment.

“Louisiana deserves an Attorney General with the capacity to judge people and cases on their merits, not political expediency,” said Stephen Handwerk, executive director of the Louisiana Democratic Party. “Geri Broussard Baloney has the proven experience and the integrity to get the Attorney General’s office back to basics, and to put people ahead of politicians for a change.”

The ABC Merit PAC and ABC Pelican PAC support candidates for elective state or local office within the state of Louisiana who embrace the basic principles of our American system of government, the free enterprise system and the merit shop philosophy. The purpose of the ABC PACs is to support candidates who have committed to fight for a more prosperous economy and a higher standard of living for the people of Louisiana through the growth of a vibrant merit shop construction industry within the State; candidates that will leverage Louisiana’s unique advantages to raise families and gain positive returns on business opportunities.

Multiple factors were used during the candidate evaluation process which led to the endorsement of the following candidates:

TWEETS OF THE DAY

More in this category: « "Team Vitter" John Kennedy, La. Democratic Party chime in about TP's Vitter endorsement Is David Duke the grandfather of the Tea Party in Louisiana? »
back to top