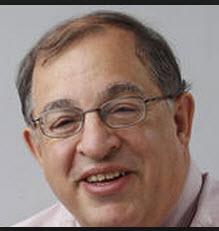 Bruce Alpert, who has been a mainstay at the New Orleans Times Picayune posted on his Facebook account that he is leaving the paper and will start writing for Voice of America.

Alpert, has been the Washington DC reporter and has been highly respected as a talented, fair and detailed writer.

Friends: Wanted to share a change of status. I’m leaving the Times-Picayune after quite a few years and will be working as a writer for the Voice of America, starting next week. I have truly been blessed for such a long run at the TP, working with some of the world’s best journalists and nicest people. I will dearly miss them, both current and former colleagues.

DGA chimes in against JINDAL AND RGA
(PRESS RELEASE)
In a desperate attempt to change the dynamic in a corrosive Louisiana Republican primary, national Republicans have gone up on TV with an $1 million attack ad hitting Democrat John Bel Edwards over Medicaid expansion.
But the last-minute Republican Governors Association ad fails to note one thing: All 3 Republican candidates for governor support Medicaid expansion too.
The ad accuses Edwards of “writing the bill to expand Obamacare in Louisiana.” But Republicans David Vitter, Jay Dardenne and Scott Angelle have all indicated their interest in Medicaid expansion. On expansion, Sen. Vitter told the New Orleans Times-Picayune on video that “I’ve said since the very beginning of the campaign I would look at that and be open to it.”
“The same national group that backed Bobby Jindal is doing no favors for the 3 Louisiana Republican candidates,” said Jared Leopold, Communications Director for the Democratic Governors Association. “All 4 major candidates in Louisiana support Medicaid expansion. This false attack ad is nothing more than a desperate attempt by national Republicans to respond to Senator Vitter’s sagging poll numbers.”
The new ad comes as a surprise to political observers. The Republican Governors Association had committed on Oct. 2 to wait until after the primary to run ads. RGA spokesman Jon Thompson told Roll Call that “it is possible the RGA takes a look at becoming involved if it advances to a Republican versus Democrat runoff.”
However, just 5 days later, the RGA announced it was going on the air with the new ad.
BACKGROUND:
David Vitter, Scott Angelle and Jay Dardenne All Say that They Would Like to Accept the Federal Medicaid Dollars. According to the Times-Picayune, “The three Republicans—U.S. Sen David Vitter, Public Service Commissioner Scott Angelle and Lt. Gov. Jay Dardenne—all say that they would like to accept the federal Medicaid dollars, but have more control over how the funding is used.” [Times-Picayune,4/4/15]

More in this category: « Louisiana voters waking up from Governor's election slumber? A curious Vitter video of Dardenne emerges, but why? »
back to top