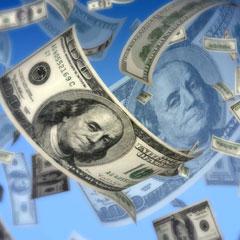 In the numerous gubernatorial debates that have taken place over the past year, candidates have been asked time and time again what they will do about the massive fiscal debt that continues to grow.  How will they fill the financial hole that some say will approach two billion dollars in the coming year?

The answers put forth by all the candidates is generally the same. First, no new taxes because we have a spending problem.  Second, call a special session of the legislature the day they take office. The same clichés over and over again.  No specifics.  We skeptics keep asking, “Where’s the beef.”  The pat answer of “just trust us cause we can work this out,” has gone stale.  Voters hear the same banalities year after year.

There have been a number of stopgap solutions suggested to stop the fiscal dike from overflowing in mounting debt.  Cap the movie tax credits, eliminate the homestead exemption, put a cap on the educational TOPS program, curtail the industrial tax exemptions, eliminate the state sales tax holidays, get rid of a the numerous special tax breaks that seem to be widespread for everyone but you and me, wipe out the numerous annual grants to non-profits; the list goes on and on.

The proposals right now seem to be heading towards a special session of the legislature reviewing item by item what funding should be cut or eliminated.  Can you imagine the herd of lobbyists camping out at the state capitol pleading for their special funding or exemption from taxes to be left alone?

Why not just go back to square one?  The legislature, without any direction from the new governor, could go into a special session, either with the governor’s support or on their own, and re-build a financial plan for taxing and spending from scratch.  Why have a knock down drag out fight over what funding to cut or what exemption to preserve. Just let the legislature do its job with a clean slate and no “locked in” spending requirements.

Back in 1973, I was an elected delegate to the constitutional convention.  I was co-chairman, along with former governor Buddy Roemer, of the revenue and finance committee of the convention.  After months of discussion, we directed that the legislature take on the constitutional responsibility of determining year in and year out just how the state funds were to be spent.  No special exemptions.  No advantages or money protection for any one group.

Article 7 (Revenue and finance) of the new constitution specifically spelled out that spending priories were to be determined by the legislature.  But little by little, the legislature bowed to the whims of special interest groups and allowed constitutional amendments that limited the legislature’s ability to prioritize spending.  The state was in better financial shape when the voters passed these amendments, and no one had the foresight to see the financial crisis that would happen in years to come.

As political watchdog C. B. Forgotston has suggested, the legislature could come into a special session on day one of taking office, and deal just with Article 7 of the constitution.  Eliminate all dedicated funding for any special interest.  Remember, that’s how it was in 1973.  It would take just one constitutional amendment to go to be considered by the voters next year.

One of the most prosperous times in Louisiana’s history was just after our present constitution was adopted and before it was weighted down was so many special interest dedications.  In 1974 and in the early years following, it was a flourishing time for the state economically. Yes, energy was an important economic boom.  But the new constitution played a significant role in the state’s growing economy.

If a new Article 7 was adopted, then the legislature would have fresh authority to set priorities for the state’s future.  If such an amendment would fail, then a majority of voters would have made the decision that Louisiana will continue to fester at the bottom.  It will take a courageous legislature, a committed new governor, and a voting public that is tired of the status quo.  But the clock is running.

More in this category: « My serious sin and the last-second suspicious claims against David Vitter Benghazi, Smeargazi: Tale of two Congressional investigations »
back to top