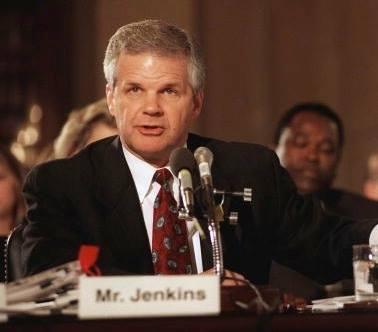 Is Democrat State Rep. Jon Bel Edwards really a different-type-of Democrat?  In a state that has no Democratic statewide elected officials, can he edge out Republican US Senator David Vitter, who was considered to be the undeniable favorite in the 2015 Louisiana governor’s race?  Can Vitter mobilize the republican forces to support his candidacy, which is necessary for him to prevail?  How are the policies of the two candidates the same?  Different?

These are some of the issues that Woody Jenkins and I discussed Sunday morning hours after Edwards led all candidates in the primary elections.

Surviving for the runoff bout is Edwards and Vitter who bested Republicans Scott Angelle and Jay Dardenne.

Jenkins, started his political career in 1972 when he was in college.  He represented the Baton Rouge area as a State Representative for 28 years and ran for US Senator, three times.

Currently, he operates Capitol region newspapers and is the President of the East Baton Rouge Republican Party.

In part one of our Sunday morning Google Hangout interview, Jenkins discussed what calls the myth-- that a Democratic candidate would not be able to win a statewide election.  In fact, he said that Edwards is a “much more formidable candidate” than those who recently have run under the Democrat banner.

He also said Vitter did not perform as well as the polls his campaign had been promoting.  To win, since Vitter is 17 points behind the Democrat, the US Senator needs to pull conservative forces together.

Jenkins, no stranger to tough emotional campaigns also feels that the current gubernatorial match could turn out to be as dirty as the election classic David Duke versus Edwin Edwards match of 1991.

Here is the first video.  You will definitely want to watch all three fascinating videos.

In part two of the interview, Jenkins discussed the policy differences between the two candidates.  Jenkins paper had posed 70 written questions to all four candidates.  Vitter responded in writing, Edwards answered them via   live interview.

Despite Edward’s more reported moderate views and similarities of policies,  Jenkiins stated that Vitter is the real conservative in the race.

In part 3, Jenkins discussed a range of issues including the below:

Obama-Edwards vs. Jindal-Vitter associations, negative ads, whether Edwards is really a liberal as Vitter and others have tried to portray him, what the candidates must do to win, likeability factors of both candidates, positive and negative impacts Super PAC might have on the election, whether Vitter will want to debate compared to the primary election, the respective roles of Scott Angelle and Jay Dardenne (two former GOP gubernatorial candidates), role of Mitch Landrieu and the late-minute attacks against Vitter.

DO YOU AGREE OR DISAGREE WITH WOODY JENKINS?  TELL US BELOW