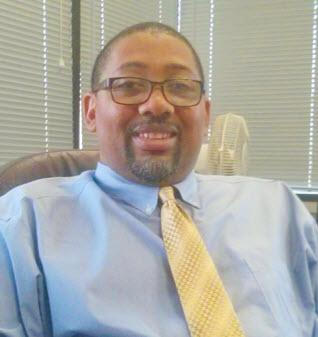 If anyone had any delusions that Sen. David Vitter would run a hopeful, optimistic campaign about Louisiana’s future, he wasted no time shattering those hopes. From the moment that Scott Angelle conceded the race Saturday night, Vitter fell comfortably to his default position of the past seven years: painting his runoff opponent, State Rep. John Bel Edwards, as merely a stand-in for President Barack Obama.

He wasted no time resorting to the “Southern Strategy” that has become the staple of Republican party politics for better than four decades: purposely appealing to racial resentment of white voters who traditionally voted Democratic since the New Deal with “dog whistle” tactics in order to forge electoral majorities. Within days, Vitter’s campaign released an ad claiming that John Bel Edwards promised in a speech at Southern University to release 5,500 dangerous criminals if elected governor to deal with the problem of mass incarceration in Louisiana. This plan, the ad argues, mirrors an Obama plan to release 6,000 inmates from federal prison. Thus, a vote for Edwards, the ad warns viewers, is a vote for Obama. Anyone who has not seen the video can view it at the link below:

This ad hits more than a little too close to home for me because the Edwards speech reference here occurred in my building. The College of Social and Behavioral Sciences invited Edwards on September 22 to speak to students, faculty, and the university community as part of our Speakers’ Series. I introduced Edwards that day. (By the way, we had Sen. David Vitter to speak (04/01/2015); so did Jay Dardenne [04/15/2015]). The goal of our series is to expose our students to diverse viewpoints on critical issues and to encourage civic engagement. We did not count on an educational experience that we planned for our students to be used in an attack ad in the gubernatorial campaign.

I was sitting three feet from Edwards throughout his presentation. Yes, Rep. Edwards did make a reference to reducing the prison population in Louisiana by 5,500 inmates by the end of his first term: this is the figure it would take for Louisiana to only be the No. 2 state in incarceration (after Mississippi). But it was in the context of talking about criminal justice reform – an issue, by the way, which has broad bipartisan consensus, even in Louisiana. In our highly polarized environment, one issue that unites people on the left and right is the growing recognition that America’s huge prison population (over and beyond the levels in other advanced countries) is not only morally problematic, discriminatory, but also fiscally unsustainable. In fact, many conservative “law and order” states such as Texas have taken the lead on initiatives to reduce prison populations and reduce the number of nonviolent drug offenders currently languishing in our penal systems. Few issues bring such divergent individuals as President Barack Obama, Sen. Rand Paul of Kentucky and former Gov. Rick Perry of Texas together on the same side.

Indeed, when David Vitter spoke at Southern University, he too acknowledged that Louisiana incarcerates far too many of its citizens and that the system is unsustainable. That’s what makes the ad he is running now especially cynical: he accuses Edwards of promising to release “dangerous criminals” when, in an earlier appearance at Southern University, he himself recognized the need to reduce the state’s prison population. However, Vitter’s people took a brief comment, purposely out of context, and parlayed it into a false and misleading ad to make Edwards appear to be a candidate willing to release violent criminals onto Louisiana’s streets. Furthermore, the ad willfully mischaracterizes Obama’s “plan” to release 6,000 federal inmates (This release is the result of a change in federal sentencing guidelines, not an arbitrary, executive decision by the president.) and then says that Edwards’s “promises” places him in lockstep with Obama. The purpose of the ad is to draw a phony contrast between Edwards’s position and Vitter’s on crime and incarceration.

Some commentators have rightly called Vitter’s commercial the “Willie Horton” ad of Louisiana politics – a reference to the infamous 1988 commercial that Republican candidate George H.W. Bush effectively used to sink Michael Dukakis, the former Democratic governor of Massachusetts. This is tried and true “dog whistle politics” by Republicans: appeal to white voters by linking those lazy and dangerous black people to crime, welfare, sexual promiscuity, and affirmative action to discredit liberalism and “big government.” Appealing to ostensibly race-neutral issues as crime or welfare is much more socially acceptable than overt appeals to racial hostility in order to hustle up votes. These tactics have been very successful for more than a generation in peeling off white voters from the Democratic party. It is a major part of the explanation for why many of the same demographics of voters who once voted for politicians like Franklin Roosevelt and Huey Long have in more recent years supported candidates like Ronald Reagan, George W. Bush, Mike Foster, and Bobby Jindal.

This is also tried and true politics for David Vitter. Stung by the  D.C.  prostitution scandal in 2007, Vitter looked politically vulnerable. As luck would have it, along came President Barack Obama. Vitter has effectively capitalized on President Obama’s unpopularity in Louisiana to revive his political standing. He tied Democrat Charlie Melancon to Obama in 2010 and railed against the Affordable Care Act to easily win reelection. Bill Cassidy essentially plagiarized those same tactics in 2014 to easily unseat Democratic U.S. Sen. Mary Landrieu. Now, Vitter is going to the well one more time – running against President Obama in his campaign for governor.

Only this time, it might not work. Back in the spring when Vitter visited Southern University, it was assumed that the governor’s race was David Vitter’s to lose. Amazing the difference a campaign can make. The closer we approached Election Day, the more unpopular Vitter became. All of a sudden, the personal scandals, for which Vitter had successfully evaded political accountability for years, came back to haunt his campaign. In the end, Vitter barely held off Scott Angelle to secure the second run-off spot. Edwards finished 17 points ahead of Vitter (40%-23%), a result that most people would have considered fanciful and delusional if it had been predicted a few months ago. Furthermore, Vitter earned his run-off campaign by spending millions of dollars in nasty ads attacking fellow GOP rivals Angelle and Jay Dardenne. Not surprisingly, Vitter has very high unfavorable ratings among the very Angelle and Dardenne supporters he needs to be elected governor. He needs to capture two-thirds of those voters who voted for the other two GOP candidates in order to be elected.

Vitter’s ad referencing Southern University gives new meaning to “The Southern Strategy.” He links the university to the familiar default position of GOP politics – when all else fails, go after the blacks to win cheap votes. Vitter is no stranger to divisive political tactics. Thus, given his past history and his deteriorating political standing, it should not be surprising that he has resorted to this type of gutter ball politics. He has shown himself as a desperate politician willing to say or do anything in order to get elected. This ad appears on the heels of the furor over the arrest of the private investigator Vitter hired on the day before the primary. Disturbingly, the Vitter campaign defended the surveillance as “opposition research” and admitted to spying, not on Sheriff Normand, but a private citizen. By saying this is “opposition research,” that’s like saying, “Well, everybody does it: so what’s the problem?” Similarly, they defend the misleading ad that distorts Edwards’s  speech at Southern as just “opposition research.”

Vitter’s tactics parallel Nixon in their ruthlessness. It will be up to Louisiana’s voters to decide if he will be rewarded for his Machiavellianism one more time. DISCUSS THE COLUMN BELOW

More in this category: « Congressman Boustany, some Acadiana officials back Vitter NBC should be dropped, RNC's Preibus fired, in Republican CNBC debate flap »
back to top