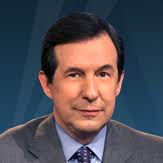 Maybe that's a question the "fair and balanced" Fox News journalists should ask one of their own, Chris Wallace.

If you are Fox News admirers, conservative radio talk show dittoheads and Mitt Romney (for better or for worse) supporters, you are not going to like what long-time journalist Chris Wallace, now of Fox News, had to say when this issue emerged during an interview today.
Media matters reported that Wallace told radio Mike Gallagher that criticizing the polls is what he calls “craziness” and that no self-respecting pollster weights their polls to make party ID even.

During the interview, Gallagher took issue with Wallace indicating that the host is in total disbelief that Mitt Romney was in trouble and questioning whether Wallace really believed those polls.

Wallace told Gallager, “I actually did some research on this today, which is more than you’ve done,”
This week has not been a kind one for Romney, pollwise.
According to the Marist College Institute for Public Opinion, Thursday, President Barack Obama is now leading Mitt Romney in the battleground state of North Carolina, New Hampshire and Nevada.

In North Carolina, the lead is 48%-46% among likely voters including those who are undecided yet leaning toward a candidate.

In the presidential contest in New Hampshire, the President has the support of a majority — 51% — of likely voters, including those who are undecided yet leaning toward a candidate. This compares with 44% who favor Mitt Romney.

Among likely voters in Nevada including those who are undecided yet leaning toward a candidate, 49% support President Barack while 47% are for Mitt Romney

Last week, the poll find Obama 5% over Romney in Wisconsin.

On Wednesday, a new poll from CBS News, the New York Times and Quinnipiac University shows Obama extending his leads in the key states of Ohio and Florida, while also being up big in Pennsylvania. The Florida poll, in particular, is notable because that state hasn’t trended toward Obama as much as others have.

He leads 53 percent to 43 percent in Ohio, 53 percent to 44 percent in Florida and 54 percent to 42 percent in Pennsylvania. The first two states are considered crucial to the 2012 contest — bordering on must-wins for Mitt Romney — while the latter is a blue-leaning state that the GOP had hoped to put in play.

Wallace might be responding to an article on Fox News indicating the polls are misleading and
"skewed" in favor of Democrats.

In an article entitled the Truth about 2012 polls, the article states, "In order to address this, some conservative outlets have taken matters into their own hands. One website, www.unskewedpolls.com, has begun reweighting mainstream polls to more closely track the demographic assumptions that the conservative leaning Rasmussem Reports uses. The results have been staggering: the re-weighted polls all put Romney ahead of Obama with margins of between 3 and 11 points. If one looks at the Real Clear Politics average Obama is currently up four percent over Romney. But according to UnSkewedPolls.com, Romney has a 7.8 percent edge on Obama."

Wallace just might call this “crazy”.  Which makes one wonder if those "unbiased" journalists on MSNBC will have Wallace as a guest on their network, this very weekend.