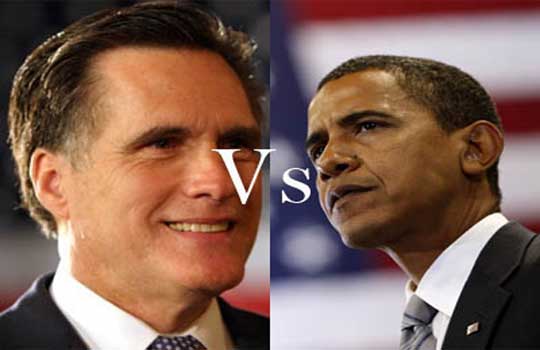 The Debates.  President Obama and Challenger Mitt Romney have been spending the past several weeks preparing for their upcoming debates.  These series of debates are crucial for both candidates and especially so for Mitt Romney.  In fact, a mediocre performance by Romney dooms his campaign.

It will be interesting to see if the media presses the President on his economic and foreign affairs policies both his successes and his failures.  And will the media press Governor Romney on the specifics of his economic plans and his view of American foreign policy?  Will the moderator(s) of the debates stand for stump speeches by the candidates or will they press the candidates for specifics?  Will Governor Romney stand toe to toe with the President and challenge his statements?  You know the President will challenge Romney’s claims.

Debates can affect the outcome of elections.  In 1960 the winner of the Kennedy-Nixon Debate depended on whether you watched the debate on television or listened to it on the radio. Those who watched television thought Senator Kennedy won.  Those who listened to it on the radio thought Vice-President Nixon won.  Kennedy won the election.  In 1992 President George H. W. Bush kept looking at his watch during his debate with Bill Clinton and Ross Perot.  Clinton was elected.

The Times Picayune.  As is typical for most mornings I woke up and headed down the stairs and out the front door looking for the morning paper.  Then it hit me.  The morning paper that I grew up reading no longer exists.  I picked up what had been left on the front walkway of my house and headed back inside.  It bore the bad news of another Saints’ loss.  Morning news in New Orleans and the metro area has been changed forever.

The internet is the future, and now the question is whether or not a three day a week newspaper can survive at all.  We have become a society of the instant and the spontaneous.  When it happens anywhere in the world, we can know about it in just a few minutes if not seconds.  We don’t have to be in front of a television or run to the corner for a special edition of the paper the way our grandparents and great grandparents did.  We get it on our computers, our mobile phones, and our iPads.  You can read the Wall Street Journal on line, the Washington Post, and the New York Times.  You can get your local news online as well.  Television and radio web sites have it all.

If the Times Picayune wants to survive, it needs a more friendly online paper.  Maybe that is coming.  And if it is it needs to get here quickly or it won’t matter because readers will permanently go elsewhere for local news.   Just three times a week won’t cut it.

Tomorrow morning I won’t be walking outside in my pj’s because the morning paper won’t be there to greet me.  I guess I can take some solace that a few trees will live and survive another day.