Who won the debate? Romney, Obama, economy and Big Bird 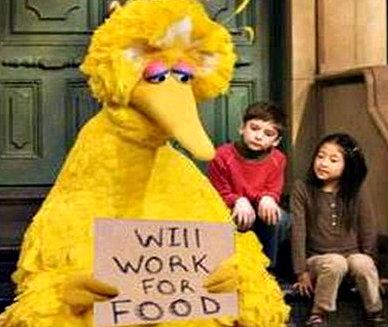 The Presidential debate between Mitt Romney and Barack Obama Wednesday night featured economic issues including healthcare, the economy, the national debt and even Big Bird of PBS.

Now that the first debate is history, the question might be not just who won but what happens next due to the debate?.

Bayoubuzz requested responses from some of its contributors and its publisher.  Here are the comments from Jeffrey Sadow, Lawrence Chehardy, Robert Mann, Jeff Crouere and publisher Stephen Sabludowsky.

What’s next? Lots of debate prep for Obama over the next couple of weeks. It really showed that, unlike Romney, he has not been challenged by the media or nomination opponents for the past 18 months and was exceptionally flatfooted on almost everything. That includes not just material but in delivery. Romney constantly addressed him or the audience, while Obama looked mostly down or at Lehrer when he spoke. On both content and delivery, these seemed to verify that Obama isn’t much unless he has a script. The roles seemed reversed; Romney seemed like an incumbent in command. Obama has to find a way to change that for the next one.

Until then, expect Obama to ratchet up the negativity of his campaign to try to tarnish the image of Romney from the debate of competence, leadership, and knowledge Romney portrayed. Romney must counter as well as continue making the election about the president’s policies. This also magnifies the importance of next week’s VP debate, which should bring pause to Democrats. Biden isn’t bad with facts, but he’s a gaffe machine and if they want to stop the slide they need him to appear as dignified and stable as possible. It likely won’t be enough to prevent Ryan from “winning” the encounter given his skills, but halting the deterioration will be more important.

Mitt Romney was the clear winner in the first debate.  He hit a home run.  Romney looked Presidential and was in full control of himself and his facts.  President Obama, on the other hand, appeared to be using his campaign stump speech as the basis for his performance, and it did not work.  Obama was detached and looked anything but Presidential.

Voters got to see a different Mitt Romney from the one that Barack Obama has painted on the campaign trail and in television advertisements.  It is clear from the debate that Mitt Romney is not the evil guy that President Obama makes him out to be on the stump.

When Obama incorrectly stated Romney’s position on taxes, health care, and social security, Mitt Romney stood up to him and corrected the President telling the American people what his position is, not what President Obama says it is.  Romney’s description of President Obama’s economic policies as “trickle down government” was brilliant.  It simplified without a whole lot of explanation the President’s economic record in a way that everyone could understand.  And it focused the American people on the big government philosophy of the President.

The Fox News focus group overwhelming called Mitt Romney the winner, and CNN’s quick poll of voters who watched the debate made Romney the winner by a mile.  Even David Axelrod, a close advisor to President Obama, said the debate was not a game changer.  Translated into English this means my guy blew it, and I am trying to put the best spin I can on his rotten performance.

Look for the Romney campaign and Republicans to be reenergized as a result of the debate.  Look for the Obama campaign to become more strident, more aggressive, and much more negative.  At the next debate look for President Obama to go after Mitt Romney who will have to step up his near perfect performance and defend himself against what is surely to be a desperate opponent who will go after him with a vengeance.   Based on his first debate Mitt Romney should be up for the challenge.

Obama lost the debate tonight. He was off his game or playing it way too safe. But I suspect that Friday's jobs number will be remembered as the far-more-significant event of this week.

Romney more than held his own with Obama last night. He was in command of the issues. He made perfect sense in describing complicated topics. He challenged the President on a number of points. In return, the President looked irritated and seemed to want to head back to the golf course. In fact, he did not even maintain eye contact with Romney for most of the night. Romney was in constant eye contact with Obama, which showed his confidence.

Romney was more aggressive, animated and had much more energy. He looked and sounded presidential and schooled Obama on a number of key debate topics. This was the type of performance Republicans were hoping for in a tight race. It was reminiscent of Romney's strong debate performances in the GOP primaries.

It was a bad night for Obama. Of course, he can recover. Reagan recovered from a bad debate performance in his first debate in 1984, but the challenger has seized the big momentum. In a close race, whoever has the momentum at the end will win. Right now, it clearly rests with Romney.

At some time midway during the debate, I posted on Facebook in the Louisiana Politics page that I thought Romney was winning on the issue of style.  Shortly after the debate, the CBS and CNN talking heads started to state  they  thought Romney was the victor.  I am waiting for my friends who are constantly blaming the media for their candidates’ failings to start admitting that some networks and other media (excluding of Fox News and MSNBC) can actually be fair and balanced.

To be kind, Obama’s style was pathetic.  Whenever Romney would take a shot at him, the President seemed to nod his head affirmatively as in agreement.   Maybe Obama was drugged because he could not seem to find the camera nor could he find Romney.

Style aside, the question as to who won the debate ultimately will come to the commercials and the comments after the debate to point out the misleading statements and falsehoods made by either or both of the candidates.   If Romney or Obama made a statement during the debate that could be openly challenged and should it persuade or dissuade the undecided voters or those who are soft on either candidate in the swing states  to lean more one way or another, then, the sum total of those challenges would result in a first debate victory for that candidate.  Other than style, a real victor cannot be determined until the facts come rolling in, although style obviously is a very important component of that inquiry.

So, as far now, Romney probably picked up some voters who make up the now infamous 47% and Obama absolutely did not build that aura of presidential confidence required to satisfy those targeted voters he needs in those states. Not only did he not build the momentum, but he now needs plenty help from his friends and from his campaign to fly high once again.