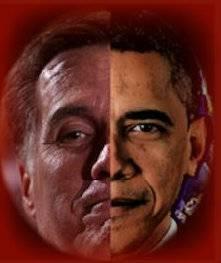 in 18 years as a political consultant, manager and strategist i helped prepare nearly 70 candidates for debates: tv debates, radio, civic groups, endorsing groups, you name it.

and the biggest problem i have with political debates is…the debate itself.

the real “stars” aren’t the candidates. they are merely the prepackaged meat puppets engaging in pre-scripted responses to the wrong questions; the only thing anyone takes from these exchanges are the coveted “gotcha” moments, when a candidate goes off-script, forgets his lines, or otherwise botches his delivery of the over-rehearsed script. and that inane moment becomes the lead story of the media until the next news cycle.

the real stars of the “debates” are the media themselves. one, or a few hand-picked talking heads sit neatly reading pre-planned questions from cue cards and pretending to engage the candidates. what they’re really doing is thrusting themselves into the spotlight, full of self-importance and gravity, acting their roles as arbiters of the people. no one elected them except their network ceo’s. and more often than not, they ask the wrong questions: questions designed to trip up a candidate, to highlight their own intellectual prowess, to elicit responses that will keep viewers from changing channels.

the whole charade is then followed by an hour of more innocuous talking heads, spinning their own versions of what just happened, touting their favorites, selling their interpretations of what the candidates “really” said.  their main job, remember, is to keep viewers from changing channels, so their bosses can charge advertisers even more money. this is all part and parcel of what everything that touches american politics today is all about: money.

and we the people tune in, like kids at a busy intersection, hoping to see the wreck when it happens. what we tune in for, presumably, is the truth. what we end up taking home with us in a doggy bag are the “gotcha” moments:

reagan to carter: “there you go again.”

lloyd bentsen to dan quayle: “senator, you are no jack kennedy.”

we deserve better than these events that continue to insult our intelligence, reduce the presidential election to who will win the brand new car after spinning the wheel, and are the most poorly scripted reality tv ever broadcast.

i have a modest proposal that would be more enlightening, honest and informative than the current rut. an idea that would get rid of the superfluous faux-debates, and serve we the people far better. and here it is:

give each candidate 30 minutes of air time, twice, a few days apart.  the democrat leads off one day, the republican leads off the next; or vice versa, it doesn’t matter.

let them speak, without notes, without prompters, for thirty minutes each, straight into the camera, looking the american people straight in the eye. let them say whatever they want about whatever they want, instead of being led by the nose by talking heads who currently dictate the agenda by controlling the questions.

this will accomplish several important things:

More in this category: « Louisiana Legislative special session call agenda set but will legislators defy Jindal? Romney debated heartily vs. Obama, but it’s his heart, ideas at issue »
back to top