Romney debated heartily vs. Obama, but it’s his heart, ideas at issue 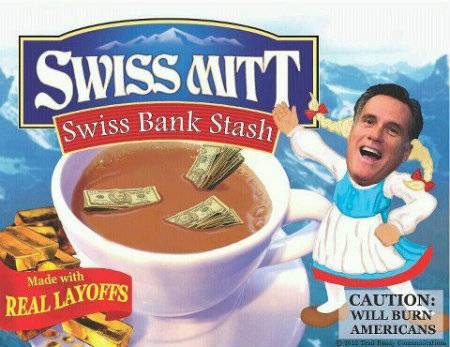 I’m not a political columnist, instead do weekly humor for the Bastrop Daily Enterprise (Life in the Last Lane) and monthly for Louisiana Road Trips magazine (Runnin’ the Roads).

Political columnists are a dime a dozen and can be found on every Op-Ed page of every newspaper nationwide. I usually only discuss politics with friend and high school classmate, Dennis, since we reunited after fifty years. We’re both opinionated, discuss all things in general and many in particular, which includes agreeing and disagreeing, but always on a friendly basis. Politics and religion really are two verboten subjects best left for the thickest skinned who don't mind occasionally being blasted from the waters, left bleeding and broken. No purple hearts are given at the end of discussions about politics and religion. Everybody’s got an opinion, and however differing, everybody’s right.

However, I’m chiming in on the debates, although I’m indeed a pair of brown shoes in a room full of tuxedoes with my fairly liberal, usually Democratic, always bleeding-hearted and tree-hugging, essentially ecologically-minded, views. Left-over hippy? I suppose the frustration of the Vietnam War tainted me, because I’m from that era. I burned no books, with instead a large home library, nor did I burn any bras. I like having doors opened for me.

Still, I listened to the speakers and found myself deeply concerned. Romney spoke well, but it’s not his manner of speaking that bothers me. Instead it’s the heart of his speech. It sounds great to keep saying we need less Fed-Gov involvement. However, I remember before the Feds stepped in and there were Rosenwald Schools all across the South and two entrances into everything from physician’s offices to bars and busses and water fountains were divided by color.

Can we really afford to lose the progress made as a direct result of necessary rules and regulations and actual the intervention of Federal government in our school systems? Turn the running of all schools over to the individual states, Romney insists. Well sure. But what about poor states such as West Virginia? Louisiana? South Carolina? Not every state can be wealthy as Massachusetts with its Boston and Hyannis Port.

For all these years of struggle, making our school systems better nationwide, here’s a man who wants to put the burden back solely on the shoulders of individual states. If a person living in a poorer state wants his/her child to receive a good education, what’s he to do? Move? Not everyone can afford to do that. So many strides have been made over these years to equalize education nationwide, and with one foul swoop, to wipe that away would be moving backward, not forward. More like the cutting off the nose to spite the face.

When our Governor was hoping to become appointed vice-president he not only left the state while gallivanting around, never realizing he’s not of the right skin color to be considered a real contender for a national office by the GOP, but he wanted to impress the Top Dogs by turning down Federal monies for our state‘s healthcare system. Consequently, it‘s been a scramble to make ends meet. But, by golly, his message says to Romney, Louisiana doesn’t need to be dependent upon the Fed-Gov, do pick me, pick me, pick me. Sorry Charlie.

President Obama said, “The federal government has the capacity to help open up opportunity and create ladders of opportunity and to create frameworks where the American people can succeed."

We are the United States of America, operating under one government. If it weren’t for the Fed-Gov, Romney would be running in circles instead of for President.

I was sorry Pres. Obama didn’t mention Romney’s work at Bain Capital. Best I understand from the talking-heads, it’s a private equity firm and as such, sent thousands of jobs overseas. Define “Job-Killer” and you could come up with Romney and Bain Capital.

What about the offshore accounts? No mention. Does Romney actually have $250 million stashed? Why hasn’t he produced more than two years of his tax returns?

Remember the “47 percent video” that went viral, and out of the mouth of Romney came words that shocked the average American? And why not? Forty-seven percent were written off as “victims” who are dependent upon government benefits.

Romney repeatedly said he’s not going to set a plan in motion that would allow millionaires to pay a fairer share of taxes, but he did say he’s not in favor of supporting the Public Television System. PBS sponsors private fundraisers all the time; what percentage of assistance is provided by government funding? Apparently, whatever it is, it must cease.

The president didn’t have to attack Romney but I wonder why these points weren’t brought out, because they seem major to me. I don’t want to see progress regress.

Fact-checkers, on the ball, found errors and omissions, some bogusness, by both candidates, although both men spoke eloquently. We should expect no less. But, did we, the voters, the deciders of the race, listen closely to what each candidate said? What the goals for America are under either candidate? Are these goals for the good of everyone or just a few? Lemmings who follow blindly come to a disastrous end. Listen. Read between the lines. Do not go blindly into the night, folks.

Check Barbara Sharik out on Amazon.com