New Orleans sports writer, Ed Staton, at home, in peace with the Saints 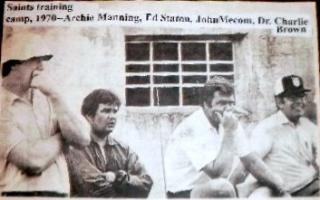 This past Friday, I lost a friend and a coach.

Ed Staton, who for roughly six years wrote sports for Bayoubuzz virtually every day, and who loved teams such as the New Orleans Saints, is now at home and in  peace with the real Saints.

Coach Staton was not just a writer of athletics or a journalist--although he did  win 43 media awards during his storied career.  He lived, breathed and simply consumed sports all of his life.  In his later years, after working as the Sports Information Director for the Saints football team and after being a staff writer for the Times-Picayune and States Item, he moved on to other endeavors.  However, his real passion was hitting those typewriter keys of the past and the computer keys of the present to flesh out a story or a column about the tough world of sports as he lived it.

Our community lost a sports legend.  His banner might not hang from the rafters of the dome.  His name might not appear in the Halls of Fame.  But, he brought history to gridiron legacies, special angles to the games of hoops and energies to our national pastime.

Unfortunately, as time passed and the years wore on, he became physically disabled from personally attending games that he loved.     He became a stranger in a strange terrain of publishing technologies.

Occasionally, when life appeared to get ever-so-tough, Ed Staton would email to inform me he was hanging up his writing spurs and that it “was a good run while it lasted”.

On Friday, I lost a friend, a coach and a legend that left us at age 74.

Indeed, it was a good run, while it lasted. 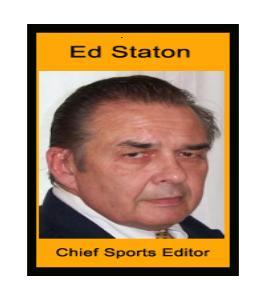