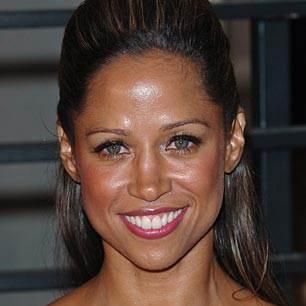 African American actress Stacy Dash has formally endorsed Mitt Romney for President. The actress tweeted that Americans should “Vote for Romney. The only choice for your future.”

This simple statement set off an angry firestorm of complaints on the Internet. Liberals denounced her for not being “black enough,” hurled vile insults at her and some even recommended that she kill herself.

All of this nastiness was caused by Ms. Dash expressing her 1st Amendment right of free speech. In this country, we do not have dictators and people are free to endorse the candidate of their choosing. This exercise in democracy should be celebrated not trashed.

It is outrageous that in a country built on the concept of free speech that an actress would be criticized for expressing a political view.  Dash has every right to support Romney, regardless of her race or occupation.

Sadly, in America, there is a culture of Political Correctness (PC) that stifles free choice and tries to limit the rights of people to express their opinion. The PC police do not want to allow Hollywood stars or, heaven forbid, prominent African Americans to support any Republican candidate, especially one who is running against Barack Obama.

This support is understandable in that Obama is the first African American president in our country’s history. However, upon deeper analysis, it is somewhat surprising because the black community has not prospered during the Obama years.

The PC police don’t care that the unemployment rate in the African American community is over 14% and that poverty and food stamp usage is at an all time high. All that matters is that Barack Obama is an African American and celebrities, especially African Americans, need to toe the line and support his campaign.

Every day, Hollywood liberals show their support for Obama without any fear of reprisals. It is their duty to support the liberal candidate. Last weekend many stars were in attendance at a massive Los Angeles fundraiser for the President. Not surprisingly, he was introduced by his strong supporter, actor George Clooney.

In the eyes of the liberal Hollywood community, Dash committed an unforgivable sin by supporting Romney.  She will probably be ostracized and her career will suffer, so she should be commended for her courage.

It is refreshing that Dash did not compromise her principles after receiving intense criticism. In fact, she stood firm in her belief that Romney was the best candidate for America. In response to the hateful invective launched at her, Dash re-tweeted “We need new leadership to get our economy growing again,” a Romney campaign slogan.

The Romney campaign should feature Stacey Dash at upcoming rallies. She is an example of what makes this country great, an individual willing to express her God given rights, despite persecution and ridicule. Her endorsement might serve as a wake-up call for millions of Americans to vote for the best person, regardless of race. Instead of skin color, candidates should be judged on their background, credentials, record in office, platform and vision for our nation’s future.

The words of Rev. Martin Luther King, Jr. still ring true today and can be applied to political decisions. Candidates should not be “judged by the color of their skin, but by the content of their character.”