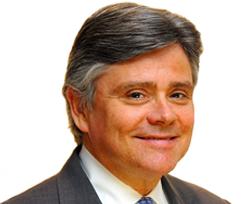 Maintaining the offensive B

Clarity of arguments B

Maintaining the offensive B+

Clarity of arguments B-

Democrats and Republicans will generally be pleased with their candidates, although neither hit home runs. Biden made a mistake by laughing off Ryan. Many people thought he was disrespectful and that reduced his likability. While Biden handled the substance of many issues very well, his language was often a little too inside baseball and not always particularly clear. Ryan generally held his own, although he struggled connecting the policy dots. Ryan fell short in making the big argument against Obama's re-election, which was a missed opportunity. Biden seemed like the old pro--maybe a little too much so. Ryan seemed like the eager, well-prepped star student--maybe a little too much so. Bottom line: The VP debate will likely have little effect on the election's ultimate outcome and will be forgotten as soon as the next presidential debate starts. For now, that may be somewhat to Romney's favor, since nothing happened in the debate to disrupt the momentum he gained from his strong debate performance last week.

More in this category: « Vice President Debate Poll: Who won, Ryan or Biden? Ryan gets slight edge in VP debate, Biden gets medal for bizarre »
back to top