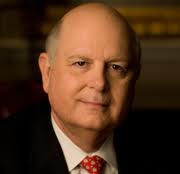 President Obama has submitted his budget to Congress for the new fiscal year beginning in October.  As is typical with any budget submission by the president, Obama’s budget proposal is dead on arrival.  The House of Representatives, with a Republican majority, will now fashion its own budget.  Let’s hope the Congress understands the seriousness of our budget crisis and fashions a spending plan that cuts spending, does not raise taxes, and provides a clear path to deficit reduction.

Simply put the federal budget is too big.  The government spends too much money; and, worse, it is money that it does not have so it borrows those funds to pay its day to day bills.  By any standard of basic accounting and simple economics and finance, this is bad business.

Many of the programs that need to be cut were listed in the report by the President’s bipartisan deficit reduction commission.  The President has ignored that report and has embarked on a different road that won’t solve our fiscal crisis.  This is not to say that many programs are not well meaning and well intentioned.  Many are but many will need to be scaled back or even cancelled because American taxpayers cannot afford this reckless spending.  Congress has lead people to believe that it can spend their money and that it won’t affect them in an adverse way.  But it has and it does.

Years of fiscal irresponsibility have caught up with Washington and adversely affected the American people.  The day of reckoning is here, and the Congress and the President need to take spending and deficit reduction seriously.  It has to be the top priority for the future of America.