Death of Jindal's transparency and accountability in Louisiana's public records 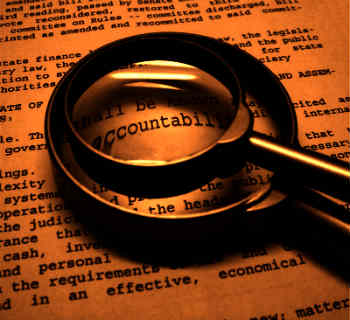 Several years we were warned by Shreveport consultant Elliott Stonecipher that the changes to the Public Records Law being made by Team Jindal were going to come back to haunt us.

A majority of the leges ignored Stonecipher. They sided with Team Jindal’s fiction that the law was actually being broadened.

As usual with Elliott’s warnings, the chickens have now come home to roost.

According to a story in the Baton Rouge Advocate, LSU is claiming a exception to the Public Records Law which appears not to exist.

The records being sought are those used by the LSU Board of Supervisors (“BOS”) to determine the budget cuts to the LSU hospitals.

As I read LA R.S. 44:5, the exemption claimed by LSU only applies to the governor.

Although the LSU BOS does whatever Bobby Jindal tells them to do, legally, they are not a part of the governor’s office.

If any state agency in the Executive Branch can claim the governor’s exemption the Public Records Law will exist only on paper. Any document held by any state agency could, theoretically, be considered to part of the “deliberative process” by which the agency’s budget decisions are made.

Goodbye Public Records Law, some of us will miss you.

by C. B. Forgotston

Visit his daily blog at Forgotston.com