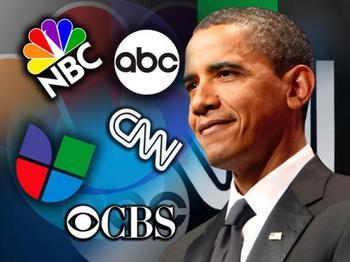 This year, Americans will be subjected to another presidential election season of unfair and unbalanced debates.

Both Mitt Romney and Paul Ryan have done well in debate environments that were not fair. In the first debate, Governor Mitt Romney clearly won with an outstanding performance; however, Lehrer allowed President Obama four additional minutes of air time.

Raddatz did an even worse job by allowing Biden to mug for the camera and prevent viewers from hearing many of Ryan’s answers. According to Chris Wallace of Fox News, Biden’s performance was “unprecedented” as Ryan was especially mistreated. In fact, Wallace claimed that he had never “seen a debate in which one participant was an openly disrespectful of the other as Biden was to Paul Ryan…It was openly contemptuous.”

Other commentators noted that Biden was “rude” and “cranky.” This was Joe Biden being himself, which is an unpleasant sight to behold. The American public could have been spared this obnoxious behavior if the moderator had exercised some control over Biden. Instead, Ms. Raddatz gave the Vice President free reign to hog the spotlight and an extra 80 seconds to spew out his demagoguery.  In contrast, she interrupted Paul Ryan 31 times and asked him much tougher questions.

In the debate, Raddatz was clearly doing the bidding for the Democrats. Ryan was not just debating Biden, he was also debating Raddatz. He is good, but facing two opponents instead of just one made his task even more challenging.

Raddatz was as biased as any debate moderator in history, but her performance should not have surprised anyone. It was revealed this week that Barack Obama was a guest at her first wedding. She later attended the wedding of Michelle and Barack Obama with her ex-husband, who was subsequently appointed FCC Commissioner by President Obama.

These ties are disturbing and reveal a personal connection between Raddatz and Obama. The relationship may not have ended in the early 1990’s for it was revealed that Raddatz visited the White House on December 18, 2009. The purpose of the visit is not disclosed, but it does raise additional questions about the leanings of Raddatz. To make matters even worse, on March 26, 2012 Raddatz visited Vice President Biden at his residence as part of a ceremony marking “Women’s History Month.”

Once all of these connections between Raddatz and both the President and Vice President were revealed, she should have resigned as debate moderator. Not surprisingly, she refused to resign and the Commission on Presidential Debates took no action.

Any reputable group of impartial journalists would have issued an apology and selected another moderator. Sadly, the commission leans to the ideological left and is biased against Republicans. There can be no other conclusion for the Commission on Presidential Debates selects the moderators for all of the debates. For this year, four debate moderators were selected and every one of them is a liberal. The commission failed to provide fair and balanced forums for the American people.

The next two debates will not provide an objective forum for the candidates. The moderators are Candy Crowley of CNN and Bob Schieffer of CBS. Both of these “journalists” are dyed in the wool liberals who use their respective programs to promote Democratic politicians and liberal policies. It is no wonder that no reporter or anchor from Fox News has ever been chosen for these debates, even though the network enjoys much higher ratings than the other cable news outlets.

The Romney campaign should not have allowed this kind of biased debate format. They should have rejected these liberal moderators and threatened not to participate unless more balanced selections were made. If Romney and Ryan had refused to participate, the commission would have been forced to choose objective journalists.

Unfortunately, Republicans have a history of allowing the commission to stack the deck against them. At the next debate, Governor Romney should make it clear from the outset that he will not allow the moderator to provide an unfair advantage for the President.

A biased debate format does a disservice to not only the election process, but, also, to the American people.   --

WHAT DO YOU THINK? DO YOU BELIEVE THE DEBATES ARE BIASED AGAINST ROMNEY, RYAN OR DO YOU FEEL THEY ARE FAIR?  TELL US BELOW