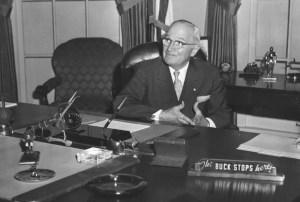 The tragic murder of four Americans, including our Ambassador Christopher Stevens, in Benghazi, Libya on September 11 has never been adequately explained by the Obama administration.

Initially, the Obama White House claimed that an obscure anti-Islam movie led to protests that eventually resulted in a mob attack on the consulate.

As more information was revealed, the movie cover story quickly unraveled. It is clear that the attackers were not just protesting an unknown You Tube video attacking the Muslim faith. It quickly became obvious that the attack was sophisticated, well planned and involved deadly weapons such as rocket propelled grenades. In other words, the attack was surely the work of terrorists.

This information was known right after the Ambassador and his team was killed in Benghazi. The correct facts should have been immediately presented to the American people and the President should have taken full responsibility for the lack of security at the consulate. Instead, for weeks, the President, the Secretary of State, our UN Ambassador, the Press Secretary and others in the administration presented a false cover story to the American people.  This cowardly evasion of responsibility is an insult to the four Americans who died on 9/11 and their family members, who deserve the truth.

Right now, Americans do not know the full story about this event. One troubling aspect of the tragedy is that complete lack of security in Benghazi. All U.S. installations should have been on high alert on the anniversary of the 9/11 terrorist attacks.

In Libya, the need for intense security should have been obvious to the Obama White House. After the end of the Gaddafi dictatorship, Libya has become a lawless nation. There is no central government or military capable of establishing order throughout the country. Various tribes control parts of Libya, so there are plenty of opportunities for terrorists to establish operations in the country.

Ambassador Stevens was aware of the dangers in Libya and had made repeated requests for more security. Sadly, his requests were denied by the administration.

This horrible decision may have cost the lives of the brave Americans in Benghazi. The issue has been a troubling one for the Obama campaign. In this debate last week, Vice President Joe Biden claimed that the White House was unaware of the requests for additional security.

Biden’s comments have now been verified by Secretary of State Hillary Clinton, who admitted in a CNN interview that she is responsible for the security at diplomatic outposts and that the “president and the vice president wouldn't be knowledgeable about specific decisions that are made by security professionals.”

While this will not end the mounting controversy about what happened in Benghazi, it may help Barack Obama evade more questions until the presidential election is over.

The admission will surely harm the future political aspirations of Hillary Clinton, who had been considered the front runner for the Democratic presidential nomination in 2016. By taking the blame, Clinton is essentially saying that she bears responsibility for the deaths of four Americans.

Yet, Hillary Clinton works for Barack Obama; she is not the ultimate decision maker, it is the President. Harry Truman understood presidential power perfectly. On his desk was a sign that read, “The Buck Stops Here.” The adage is as true today as it was in Truman’s era. The real responsibility for the Benghazi incident lies with President Obama, not one of his appointees.

Although this dramatic gesture by Ms. Clinton may buy Barack Obama some time for political purposes, it will not change the fact that he deserves the true blame for the tragedy in Benghazi.

In the meantime, a full scale investigation needs to continue to determine why security was so lacking, why the Ambassador was in Benghazi on the night of 9/11 and specifically what happened during and after the attack.

There should be a relentless hunt for those responsible for this attack and no one should rest until the terrorists who committed this atrocity are brought to justice.