Election horse race: Romney up by 1 over Obama, Ohio, Iowa even 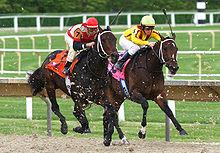 According to Ron Faucheux of Clarus, in an average of polls, Nick Romney is still ahead of President Barack Obama in the popular vote by 1 point meaning no change since Monday.

Faucheux, however, does show a virtual tie in two major battleground states Iowa and Ohio and some differences between poll results from Monday.

Today, Clarus’s findings for the battleground states are below:

Note: The polls used in todays average are scattered, ranging from Romney +6 to Obama +4. Interviewing for polls included were conducted prior to last night's third presidential debate.

CNN poll of registered voters: "Regardless of which candidate you happen to support, who do you think did the best job in the debate --?"

CBS poll of uncommitted voters: "Which candidate do you think did the best job - or won - tonight's debate?"

Ohio: Obama and Romney EVEN

Iowa: Obama and Romney EVEN

ANALYSIS: Both candidates achieved important objectives. Obama was crisp, specific and had command of the subject matter. His aggressiveness, though, may have rubbed some people the wrong way.

Romney presented himself as a safe alternative who is no war monger.

Romney, however, seemed much less comfortable with foreign policy issues than he did with economic issues. Overall, Obama had the advantage.

Clarity of arguments A-

Maintaining the offensive A

Clarity of arguments A-

Who defeated George McGovern in the 1980 Senate election?

* Average based on nine most recently released nationwide polls: