Jindal's SUNO-UNO Merger Is All About Louisiana Politics 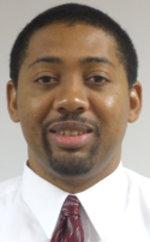 One of the most offensive things in politics is when someone pushes a questionable idea and then tries to shield it from legitimate criticism by claiming, "This idea should be above politics." This aptly describes Governor Bobby Jindal's proposal to merge Southern University in New Orleans (SUNO) with the University of New Orleans (UNO). Using heavy handed political tactics under the guise of "reform," Jindal rammed this proposal through a deeply divided Louisiana Board of Regents, preparing the groundwork for this proposal to be considered by the state legislature in its upcoming legislative session.

Jindal's manueverings are worthy of contempt not simply because he callously reopens painful racial wounds in this state by pushing to close a historically black university. Rather, his selective persecution of SUNO (as opposed to other institutions he could have focused on) exposes the blatant hypocrisy of this
effort. This proposal is not the "bold reform" that the governor trumpets; rather, it represents political cowardice masquerading as courage.
Rolfe McCollister, editor of The Baton Rouge Business Report, enthusiastically supports the governor’s recommendation in a column penned in the March 24 edition. In his article,  Mr. McCollister cites the oft-reported 8% graduation rate of SUNO as proof positive that there simply is no good case for supporting the institution’s continuation. While acknowledging that many of the nation’s historically black colleges make worthwhile contributions to our nation, he writes, “we are talking about the least successful HBCU in the nation. . . . SUNO is not only failing at its mission, it is a drag and a waste of taxpayers’ support.” He further asserts that SUNO's proponents want to make the issue completely about race, accusing them of bringing in “professional agitators” like Jesse Jackson and Al Sharpton.  Jackson and Sharpton, according to McCollister, seek  to hammer white politicians over the head with charges of racism in an effort to divert the issue from what is in the best interests of the state. And Cleo Fields’ involvement in the issue has everything to do with his future political aspirations (never mind the fact that the Governor DID VIOLATE the state’s Constitution by appointing an all-white Board of Regents, notwithstanding the erroneous interpretation of the law by a biased state district judge.) For McCollister, this controversy represents a watershed moment for the state of Louisiana. “If we can’t get this reform accomplished,” he opines, “then we have no courage and our future is limited.. . . .We must move out of our past.

This is indeed a watershed moment for our state, but not for the reasons that Rolfe McCollister offers. “Figures don’t lie,” a popular cliché’ goes, “but liars figure.” The graduation statistics at SUNO that have earned so much ink in the press present a distorted version of reality. In the first place, graduation rates are measured in specific time increments (most frequently in six year intervals)/; consequently, if some students take longer than  six years to graduate, the institution is penalized by the measure. Fifty five percent of SUNO's student body is comprised of students 25 years of age or older; it has the largest population of nontraditional students of any four-year institution in the state.  In fact, more SUNO students are enrolled in evening school than in its day classes. Students in this group almost invariably work either full-time or part-time and also have children to rear. As a consequence, these students are necessarily going to be part-time students (rarely will they be able to take 12 or more hours a semester). It doesn't take a rocket scientist to realize that students who take courses at this pace will require more time in order to graduate than the traditional 18-22 year old  undergraduate  population.
In addition, some students are not working toward a degree at all - rather, they are taking courses in order to acquire or enhance their knowledge or skills (in some cases to earn promotions or to qualify for new positions). In other contexts, this would be lauded as "workforce development" which this governor claims to be a big supporter of. Such students, however, count against the institution when calculating six-year graduation rates because they do not earn degrees per se. In summary, it can be very misleading to simply quote the 8% graduation figure without considering what that number means and why it exists.
Moreover, if abstract, decontextualized numbers are all that matters, LSU-Alexandria has a 4% graduation rate. Last I checked, eight is more than four. Why isn't Governor Jindal going after LSU-A? Delgado, the institution he claims is growing leaps and bounds and needs more facilities, has a 2.1%
graduation rate according to the Regents study used to justify merging SUNO and UNO. Yet, Jindal wants to expand Delgado while closing SUNO.  Are we using a double standard, Governor Jindal? Now who's playing politics, Mr. McCollister?
Actually, the SUNO-UNO merger fracas highlights the folly of the governor's obsession with graduation rates as a performance measure for the state's colleges and universities. The larger problem is not college graduation  rates, but the extremely poor Pre-K-12 educational pipeline to our higher education  institutions in the first place. Almost 40% of high school students drop out without diplomas, and far too many students who enter our colleges are academically unprepared for college work. New Orleans, which has the worst public school system in the entire state, is a much more acute version of a larger problem we have statewide. This is true despite, and partly because of, the brain-dead, test obsessed LEAP accountability system which has been an absolute disaster for public education. Until state leaders face up to this problem in a serious way (as opposed to their eternal search for "silver bullets" and simplistic answers), we are not going to make real progress.

Scapegoating colleges and universities for so-called "low graduation rates" has less to do with holding them “accountable for results” as it does with the governor’s need to justify the massive budget cuts he has made in higher education budgets in the last two and a half years.  While focusing on graduation rates appears to be sound policy in the mind of  Bobby Jindal,  is a short-sighted approach  to policymaking  that purports to solve a problem by starting at the wrong end. Colleges and universities can only do so much with underprepared students we receive from the state’s K-12 system. While we should not give up on any student, college professors are not miracle workers.  Instead, the state needs to make substantial investments in early childhood education (especially Pre-K - third grade) to make sure that more of our young people start their school careers on firmer foundations so that fewer young people drop out in the first place and more of them are prepared for college.
Jindal does not want to consider this possibility because it might require investing some REAL MONEY on an issue that doesn't fit within his narrow window of electoral expediency. To acknowledge this fact, he might have to actually utter the dreaded T-word  (TAXES). Now that would be leadership! Instead of doing something truly visionary, he resorts to the divisive style of politics that is his trademark by appealing to some of the worst instincts in the Louisiana electorate.

The move to close SUNO is calculated to shore up his bogus "reform" credentials with conservative voters in the state by taking on a traditionally Democratic constituency who was not likely to vote for him anyway. In the absence of a strong political opponent for the governor heading into the fall election, there is little risk to him in taking on this issue. If he succeeds, he will have accomplished  something that people like Mr. McCollister have advocated for years. If he fails, he can say, "At least I tried." Thus, for the Governor, it is a case of "heads I win, tails I win."This is not a profile in political courage; rather, it is cynical, calculated example of political self-interest disguised by pretentious rhetoric about "doing what's best for students" and taxpayers.
If the governor truly believes the proposed merger is in the best interests of the state, he has the right to his belief. Let's debate it. But the governor and his apologists should spare us the self-serving, pompous rhetoric about how this has nothing to do with politics. Because it does.

Politics With A Punch Anniversary