Home school hero Timmy Teepell is at it again. Governor Jindal has been given a lot of credit for his political acumen, and maybe this is all part of some grand scheme to be revealed later, but right now, it looks like the Governor's part-time Campaign manager and part-time Chief of Staff is going off the rails. 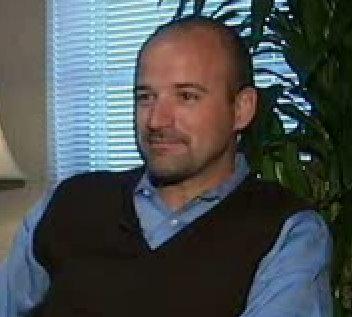 Teepell was seen scheming in the back of the House Chamber for the past couple days as the Republican Caucus continued to try to put the final nail the New Orleans delegation's coffin. It seemed the political and policy arms of the Jindal administration came together swiftly to try to diminish Democratic influence in the State House. Starting with a Monday morning meeting to set the game plan, Teepell pushed a Republican effort to gut New Orleans delegation by drawing Jefferson Parish Republicans into parts of the city.

Jindal, of course, publicly denied he had such designs:

"Here we identify ourselves as Louisianians first. That is an important tradition that we must uphold even after redistricting."

Weeks before the session began, Jindal told reporters that he would take a hands-off approach to redistricting the Legislature. I am sure we will be consulted," he said. "I know my boundaries."

So good cop Bobby gets to float above, while bad cop Timmy Teepell starts playing in the mud. Unfortunately, no one forgot on who's behalf  Teepell is working. If the Governor doesn't want to be involved, perhaps he shouldn't send his henchman to the House floor.

We should be used to Bobby Jindal's obsession with politics. That isn't new. He cares about nothing else, and even in the particularly tricky redistricting fights, he has weighed in numerous times on behalf of his own politics. Jindal/Teepell went as far as to back the elimination of the 30th Majority-Minority Seat in the State House.

Jindal's ceaseless politicking seem to have crashed head-on with his supposed fidelity to Louisiana's citizens in another matter this week. Jindal is being feted by a BP contractor handling claims from the Deepwater Horizon disaster last April:

The $1,000 a plate cocktail reception -- the "host" level costs $5,000 -- is being held Tuesday at the offices of Worley Catastrophe Response, and hosted by the company's chief executive, Mike Worley.

Worley has handled claims on behalf of BP, and later the Gulf Coast Claims Facility, since shortly after the April 20 Deepwater Horizon explosion and subsequent oil spill.

The Jindal pay-for-play administration just keeps on ticking. The fact that Jindal would take money from these folks while "holding BP accountable" is disgusting. But this is Bobby's way. And in Bobby's World, he shouldn't be held accountable for any of this.

As long as Jindal allow his political life to wholly consume his administration of the state, we'll continue to suffer as a state. Timmy Teepell, the governor's chief of staff/campaign manager, is the clear manifestation of the problem.

By Lamar Parmenter, Curator In Chief of The Daily Kingfish

More in this category: « Jindal Re-Election Machine Raising Dough With Opponents Saying No Surviving Personal Scars From Louisiana Redistricting »
back to top