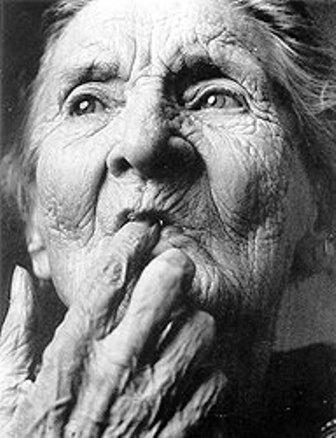 Rhonda Binda is deputy director in the Office of Global Intergovernmental Affairs at the United States Department of State.  This initiative was launched by Secretary Hillary Clinton in January of 2010 to serve the global needs of U.S. governors and mayors and to connect state and local officials in the U.S. with their counterparts abroad

Jen Bilik is the owner and founder of Knock Knock.  With a background in book editing, writing, design, and arts and crafts, Knock Knock was a natural way to bring all those interests together.

Read more details about these accomplished women and register at www.celebrateBREW.com.

About the Baton Rouge Area Chamber

The Baton Rouge Area Chamber (BRAC) leads economic development in the Baton Rouge metropolitan area, the Creative Capital of the South.  Serving as the voice of the business community, BRAC’s investors includes more than 1,200 organizations whose employees represent over a third of the workforce.

Entergy Corporation utilities in Arkansas, Louisiana, Mississippi and Texas are sending a second wave of emergency workers to help restore utility service to those expected to lose power due to Hurricane Sandy. With today's addition, the company is sending a total of more than 850 highly-experienced restoration workers and support personnel to the region impacted by the hurricane.

Capital One Bank is offering LSU fans a free "Tiger Towel" to show support for the Tigers when they host the Alabama Crimson Tide this year as part of the bank's "Show Your Stripes" campaign. The complimentary towels will be available in all Louisiana Capital One branches all this week, and they will also be distributed in Tiger Stadium for the November 3 game against Alabama. Additionally, fans who speak with a banker at Capital One Bank branches will receive an LSU commemorative coffee table book.  "Capital One Bank is proud to be the official bank of LSU Athletics and to host this campaign for Tiger fans," said Hugh Hamilton, Local Distribution Executive.

A special Capital One "Show Your Stripes" Facebook page will offer exclusive content, including a video series that highlights fans and celebrates the culture and history of the LSU faithful. Capital One encourages all LSU fans to share their own stories for a chance to have their videos played on the super size video screen at Tiger Stadium.

Reneau was warmly welcomed by the record crowd of AEMB attendees and honored with an award recognizing his founding of and contributions to the organization.  AEMB has grown significantly since Reneau established the first chapter at Louisiana Tech with chapters now active at institutions across the nation including Purdue University, Georgia Institute of Technology (Georgia Tech), Texas A&M University, Clemson University, and Johns Hopkins University.

Reneau established the biomedical engineering program at Louisiana Tech in 1972.  It was one of the first of its kind in the United States and only the fifth undergraduate program in the nation to become accredited.

Biomedical engineering applies fundamentals from engineering, the basic sciences, the medical sciences, and mathematics to solve problems in medicine and biology and to understand, modify, or control biological systems.  It is the engineering discipline that is primarily concerned with living systems.

As a biomedical engineering student at Louisiana Tech in 1979, Dr. Stan Napper – now the dean of the College of Engineering and Science and the Jack Thigpen Professor of Biomedical Engineering – helped Reneau write the first constitution and bylaws for AEMB.

Louisiana Tech still plays an active part in the leadership of AEMB.  Napper along with Drs. Eric Gilbeau, Paul Hale, and Teresa Murray – all Louisiana Tech faculty – currently serve on the AEMB’s National Advisory Board.

The research team found that inactivation of MAGL, best known for its role in degrading a cannabinoid produced in the brain, reduced the production and accumulation of beta amyloid plaques, a pathological hallmark of Alzheimer’s disease. Inhibition of this enzyme also decreased neuroinflammation and neurodegeneration, and improved plasticity of the brain, learning and memory.

Alzheimer’s disease is a neurodegenerative disorder characterized by accumulation and deposition of amyloid plaques and neurofibrillary tangles, neuroinflammation, synaptic

dysfunction, progressive deterioration of cognitive function and loss of memory in association with widespread nerve cell death. The most common cause of dementia among older people, more than 5.4 million people in the United States and 36 million people worldwide suffer with Alzheimer’s disease in its various stages.