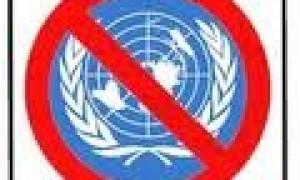 Throughout the world, wars are raging, dictatorships are suppressing individual freedoms, millions of people are hungry and too many are dying due to inadequate medical care.

With so many worldwide problems to address, officials from the United Nations (U.N.) should be focused on ways to help people living under tyrannical rule or suffering from impoverished conditions.

Instead, politically correct officials from the U.N. will be spending the next few days in the wealthiest country on earth, the United States of America.

A collection of election monitors from Europe and Central Asia will be supervising the voting process in our presidential election. In all 22 teams of inspectors will be visiting 40 states on Election Day. They will be monitoring selected polling places to determine whether there is any voter suppression of minorities or other disadvantaged groups.

The deployment of monitors was made after requests from the ACLU, the NAACP and the Leadership on Civil and Human Rights. These organizations claimed that conservative groups are working to “disenfranchise millions of Americans — particularly traditionally disenfranchised groups like minorities.”

These preposterous charges were made after several states passed more stringent voter identification laws. As noted by Catherine Engelbrecht, President of True the Vote, “These activist groups sought assistance not from American sources, but from the United Nations….The United Nations has no jurisdiction over American elections.” Hopefully, U.N. officials will understand that there is a tremendous difference between voter suppression and voter identification.

Election officials in Texas and Iowa have already denied access to these international observers; however, Chris Whitmire, of the South Carolina Election Commission, told Fox News that his state will “welcome” the U.N. officials.

As noted by Christopher Adams of PJ Media, “Many of the observers come from authoritarian countries, including countries that torture their citizens and repress free speech and religion. “ One of those countries is Albania, and Armand Shandro, an official representative of that nation, is a member of one of the U.N. teams. They will spend Election Day in Jackson, Mississippi monitoring voting activity.

It is ironic that Shandro is here to monitor our elections while his home country, Albania, is one of the most corrupt nations on earth. In a recent Albanian election, there were accusations of fraud, tampering with identification documents and outright violence. In 2009, an argument over campaign advertising resulted in a Democratic Party activist being killed by a Socialist Party official outside the city of Tirana. Earlier that year, a regional leader of the Christian Democratic Party was killed in a car bomb. In 2011, contested ballots from the national election were actually burned by the Prime Minister who refused demands for a recount.

It seems that if Mr. Shandro were truly worried about real voter fraud, a good place to start would be Albania, not Mississippi.

This whole charade proves once again that the U.N. cares more about political correctness than in fighting real injustice and human suffering.

It is a tragedy to see an organization transform from representing the best hopes of mankind to coddling and supporting leaders who represent the worst of mankind.

DOES THE US ELECTIONS NEED UN ELECTIONS OBSERVERS?  TALK ABOUT THIS QUESTION BELOW;  ALSO WATCH THE VIDEO AT BOTTOM OF PAGE