The Louisiana House Speaker Chuck Kleckley today announced recent changes to the House committee membership, however, one fellow Republican, Representative Cameron Henry is not happy and has lashed out at Kleckley and Governor Bobby Jindal. 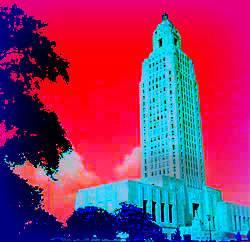 In a press release issued Friday afternoon, Kleckley said,  “After going through the first regular session of this term, I have a better understanding of the best use of the legislator's individual talents,” said Kleckley.  These recent changes reflect the members’ increased knowledge and understanding of the committee's subject matter as well as their leadership skills.

Kleckley added, “These bipartisan decisions were made after in-depth discussions with members from both sides of the aisle. I have stated repeatedly that I will do whatever is necessary to keep members informed and to listen to their suggestions.”

The press release from the House of Representatives also said, “The state of Louisiana needs House committees to work efficiently, collegially, and respectfully to find savings and conservatively appropriate funds for the continued operation of state government.  Kleckley said he believes all of the recent changes will help to accomplish that goal.  These changes also ensure representation of all segments of the population and all areas of the state. ‘In obtaining this balance, I have put together committees of talented, dedicated, and visionary public servants who will work together to move our state forward for the benefit of all its citizens,’ expressed Kleckley.

Earlier Friday, Henry issued his own written statement in which he stated that he is “calling out” Kleckley and Jindal for removing him from his leadership role as Vice-Chairman of the Appropriations Committee”.

Below is the Henry’s written statement:

CAMERON HENRY CALLS OUT HOUSE SPEAKER AND ADMINISTRATION OVER REMOVAL FROM APPROPRIATIONS COMMITTEE.

Says Speaker and Administration are afraid of Tough Questions regarding Fiscal Policies.

(BATON ROUGE)  State Representative Cameron Henry, District 82 (R – Metairie) is calling out House Speaker Chuck Kleckley and the Jindal Administration for removing him from his leadership role as Vice-Chairman of the Appropriations Committee.  Representative Henry says his removal clearly demonstrates that the Speaker and the Administration are afraid of having the legislature fulfill its Constitutional role in the budget process.

“I was elected by the people of District 82 on a platform of fiscal responsibility” said Representative Henry.  “It is the job of legislators, particularly those serving in leadership roles, to ask the difficult questions necessary to ensure that taxpayer dollars are spent efficiently and wisely” Henry said.  “I have been at odds with the Speaker and the Administration over fiscal issues for the last several years, asking questions about the Constitutionality of the State Budget; use of one-time and contingency money, fund sweeps and disastrous mid-year budget cuts that impact healthcare systems like LSU, as well as higher education” Henry continued.  “This action by the Speaker and the Governor demonstrates that they are afraid of having legislators do the job they were elected to do.  The people of Louisiana are suffering as a result” Henry concluded.

Representative Henry maintains that a series of irresponsible decisions by the Speaker and the Administration demonstrate that they are not serious about fiscal discipline and following the Constitution.

“The State Constitution contains clear and strict limitations on the budget process for a very good reason” said Representative Cameron Henry.  “These sensible limitations on deficit spending exist so that we can craft realistic, fiscally-responsible budgets through a transparent and deliberative process” Henry said.  “Following the Constitution is the only way to have a stable, sustainable budget that best serves the needs of the people, families and businesses of Louisiana” Henry concluded.

Bryan Adams, Moved from Ways and Means to Appropriations

Ray Garofalo, Moved from Health and Welfare to Natural Resources and Environment

Cameron Henry, Moved from Appropriations to Civil Law and Procedure

Marcus Hunter, Moved from Civil Law and Procedure to Commerce

Alan Seabaugh, Moved from Vice Chairman of Civil Law and Procedure to member of Appropriations

Jeff Thompson, Moved from Commerce to Ways and Means