Obama vs. Romney election: US Economy, employment, healthcare on the line 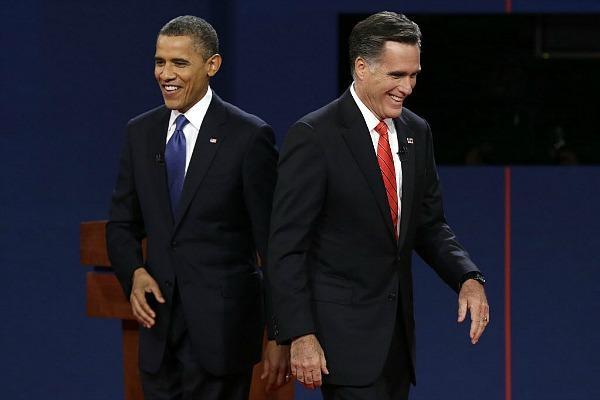 In 2008, America, frustrated with a seemingly endless war in Iraq, military action in Afghanistan and Pakistan, and a faltering economy, turned to the most unlikely of presidential candidates, one with little government experience and a much different view of American’s role in the world.

Barack Obama, who was influenced by the peace movement of the 1960’s, was the one candidate most unlike President George W. Bush.  And so it was that Barack Obama became the 44th president of the United States.

After four years of the Obama administration the American economy continues to falter, the world is more dangerous than it was four years ago despite the death of Osama bin Laden, and our national debt is threatening our entire economic existence.   Today the federal government spends eleven dollars for every seven dollars it collects.  Our national debt has soared past $16 trillion.

Tomorrow the American people will make a decision that truly is the most important political decision they have ever made.  The differences between Barack Obama and Mitt Romney are stark.  Each has a much different view of our nation and the economic engine that drives our economy.  Each has a different view of American’s role as the leader of the free world.  The American people must decide.

One thing is for certain.  The next president will have an almost impossible job.  Democrats and republicans have clearly indicated there is no room for compromise between them.  While their words say one thing (we will work with the other side of the aisle), their actions say the exact opposite (my way or the highway).  President Obama was unable to forge any compromise on health care, tax reform, and reigning in the government’s deficit spending.  Neither democrats nor republicans would budge off their hardened positions.  Democrats want more taxes on the top one percent of taxpayers who are already paying nearly forty percent of all income taxes.  Republicans want budget cuts without tax increases, tax reform which by its very nature will have some hidden tax increases, and a limit in federal spending to approximately nineteen percent of GDP (gross domestic product - the value of goods and services produced within the United States every year).

For its part Congress has acted like kids on the beach who have all the tools to build a big, strong castle that can withstand the wind, the rain, and the ocean, but would rather have a sand fight for fear that the other kid would get more credit for building the castle than they would.  So nothing constructive gets done.  This has been our past four years.

The next president must find a way to bring the American people and Congress together to solve our nation’s ills in a meaningful way.  The top goals are economic recovery and jobs, reigning in deficit spending, meaningful tax reform, and a simplification of the tax code.

If re-elected, Barack Obama will be in his last term.  He failed to strike a compromise with the American people or Congress on Obama Care and democrats simply did what they wanted to do without knowing what they did.  Remember what Nancy Pelosi said about Obama Care, "But we have to pass the bill so that you can find out what is in it."  Comforting, isn’t it?  History will be kind to Mr. Obama if he succeeds in doing in his second term what he failed to do in his first term and that is to be a leader who moves America forward and makes America a better place than on the first day he was sworn into office.  So far he has failed.  The Obama administration has not been one that is comfortable with compromise.

Mr. Obama in a second term has an even bigger challenge.  Al least half of the American people don’t like the job he has done.  Obama Care will hurt job creation.  Businesses are not hiring, job growth is anemic, and approximately twenty-three million Americans are unemployed, under employed, or have given up looking for work. Many economists say we are headed to another recession.  Yet despite all of this Barack Obama can still be reelected as many pollsters and analysts are predicting he will be.

If elected Mitt Romney must bring America out of its economic malaise in his first term if he wants the chance for a second term.  He must build a coalition of bipartisan support in Congress and support from the American people to move our nation forward.  And like President Obama half of the nation won’t vote for him making the job of consensus building very difficult.

Tomorrow night, one of these two men will be given the job of leading America for the next four years.  The Senate will most likely remain under the control of democrats, and the House of Representatives will belong to republicans.  A week ago Mitt Romney appeared headed for certain victory.  Today the race is dead even.  Let’s hope that whoever is elected is up to the challenge because on election night politics must end and governing must begin.

DO YOU THINK THE NEXT PRESIDENT WILL REALLY MAKE A DIFFERENCE?  TELL US BELOW

ROMNEY VS. OBAMA, REPUBLICANS VS. DEMOCRATS: DAWNING OF A NEW AMERICA?

More in this category: « Les Miserables New Orleans, the fugitive of mispectacular Louisiana: It's Romney but Landry vs. Boustany the show, Tea Party, who knows? »
back to top