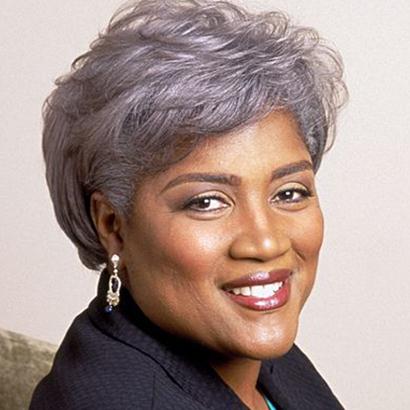 The intense elation or the horror (depending upon one’s political perspective) of the President election 2012 has passed and cooler minds (whether pleased or depressed) has begun to kick in over America.

On Wednesday, Bayoubuzz looked at some of the comments made post-election of conservative pundits who made the national news, Rush Limbaugh, Sarah Palin, Dick Morris, Sean Hannity, Ann Coulter, Bill O’Reilly and Donald Trump.

Today, we look at some of the social media comments from those on the other side of the political divide which includes Chris Matthews, Rachael Maddow, Bill Maher, Chris Cillizza and Ariana Huffington and Donna Brazile.

Chris Matthews ‏@hardball_chris who has been playing damage control after a comment post-election “I'm so glad we had that storm last week because I think the storm was one of those things."

To clarify - I was thrilled at the cooperation between the President and state officials that made the country proud. Great bipartisanship.

Karl Rove will be doing some 'splainin' to his big donors today.

Obama won single women by THIRTY EIGHT PERCENT! The message to Republicans was clear: Get off of me.

Great victory for the people last night;people also still idiots: see Prop 37,they voted AGAINST knowing what they're putting in their mouth

Since Obama won almost all the swing states, and we somehow elected them our deciders, shouldn't that be considered a mandate?

It wouldn't be the day after an election without the declaration that "there's going to be a lot of soul-searching."

"Congratulations, President Obama! The people have spoken, and they want you to have the most stressful job in America!"

Part of my post election reflection will involve how to improve eligible voters access to voting. Time to remove these onerous restrictions.

What's on your post election menu? Gosh, I slept a full 8 hours and enjoying my own space. Only two post election TV shows & speeches. Amen!

“@ThePlumLineGS: Election gave Dems the leverage in the "fiscal cliff" talks. That and more in our AM Roundup: http://wapo.st/RKu6mo ” True

“@BorowitzReport: BREAKING: Sheldon Adelson Wonders If One More Billion Would Have Made a Difference”

Change is hard. Difficult to digest and absorb. Limbaugh insults voters because they believe in President Obama's leadership and vision.

Are you listening to Rush Limbaugh? He is just full of hate, venom and vitriol. Perhaps he should form a new party. #backtothefuture.

More in this category: « Hannity, Limbaugh, Morris, Trump, Palin, O’Reilly, Coulter on Obama win Mitt Romney or GOP: Who should get the Blame? »
back to top