Mitt Romney or GOP: Who should get the Blame? 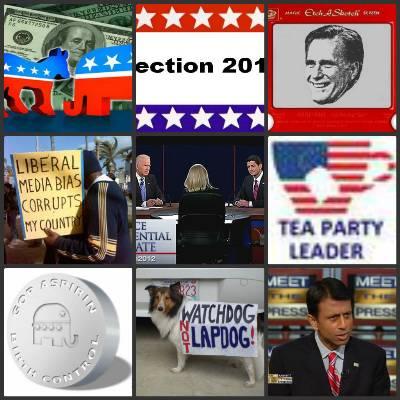 It would be easy for Republicans to blame party losses on Mitt Romney. Easy, perhaps, but not accurate.

Romney faced an electorate not particularly enamored with the GOP.

The CNN poll conducted right before the election pegged Republican favorability at 47 percent--five points lower than Democratic favorability at 52 percent. Republicans were under water, with their negatives two points higher than their positives. On the other hand, Democrats were seven points more positive than negative.

Some may argue that Romney's weaknesses as a candidate contributed to his party's image deficiencies. But the data doesn't bear that out.

In mid-2011, a long time before Romney locked up the presidential nomination, the Republican Party had a dismal 33 percent favorable rating. If anything, the case can be made that Romney helped his party's image, not damaged it.

In Tuesday's election, more votes were cast nationwide by self-described Democrats (38 percent) than by self-described Republicans (32 percent). To make up for this six-point party handicap, Romney needed to do well with independents--and he did.

Romney beat Obama by five points among independents, doing much better than John McCain did four years earlier, when he lost independents to Obama by eight points.

Though Romney improved his party's performance among pivotal independents by a substantial 13 points between 2008 and 2012, it was still not enough to make up for the Republican Party's identification gap.

Results from Ohio, star of the swing state galaxy, sharpen the point.

Romney won Ohio independents by a wide 10 points. But even that wasn't sufficient to overcome the GOP's seven-point structural deficit in the state. Since 2004, when George W. Bush captured the Buckeye State by a narrow margin, the share of the Ohio electorate identifying itself as Republican has dropped nine points, from 40 percent to 31 percent.

There is always a tendency for partisans to blame defeat on the faults of its presidential nominee. Democrats did it with gusto in 1988, 2000, and 2004. Some Republicans are tempted to do it now. But the data shows that Mitt Romney--despite flaws and campaign missteps--outperformed his party on November 6.

Serious, objective analysis is in order if the Republican Party wants to make a sustainable comeback.

TAKE OUR POLL BELOW...TELL US WHOM YOU BELIEVE IS MOST TO BE FAULTED FOR THE ROMNEY AND THE REPUBLICAN LOSSES ACROSS THE COUNTRY.

More in this category: « Matthews, Madow, Maher, Huffington, Brazile tweet about Obama win, GOP loss Poll: GOP, Tea Party, Media, Romney: who is most at fault? »
back to top