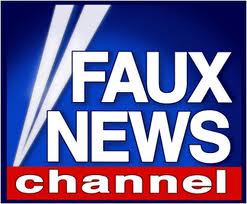 The network of the Republican Party and the conservative movement suffered a major embarrassment on election night.

For weeks prior to the election, Fox News has been giving valuable air time to pollsters and pundits who predicted a Romney “landslide.”

These projections were in stark contrast to reputable poll results that were used in other media outlets; however, Fox News viewers were led to believe that the other polls were “skewed” against Mitt Romney. It turns out Fox News was skewed toward self-promoting “experts” who were universally wrong about their predictions.

The network extensively featured Dick Morris who predicted an overwhelming Romney win with 325 electoral votes and a strong popular vote margin. Morris was spectacularly wrong in his election analysis, as he has been for much of his career. It is amazing that Fox News uses Morris, who became famous working for Bill Clinton, and infamous for being an aficionado of toe sucking and prostitution. Usually, when Morris is interviewed he uses his time to promote books, a political action committee or his website. In effect, the network is endorsing his personal projects and helping Dick Morris make plenty of easy money. Sadly, while Fox News is helping Mr. Morris make millions of dollars it is also misleading conservative viewers across the nation.

Amazingly, the man who admitted he had “egg on his face” for his “bum prediction” was back on the network right after the election trying to explain away his inept analysis. Joining Morris in eating humble pie was Karl Rove, known as “Bush’s brain.” This so-called “Architect” of two successful presidential campaigns has become a Fox News fixture in recent years. He wrongly predicted a solid Romney victory and used his air time on election night to argue with his Fox News co-hosts that the electoral votes in Ohio should not be awarded to President Obama. He said they were calling the state too early and that too many precincts had not yet reported. In the end, Rove looked utterly foolish as the President won Ohio by almost two percentage points.

Seemingly, it was hard for Rove to admit that Romney lost, since he invested so much in the Governor’s campaign. During the GOP primary season, Rove regularly promoted Mitt Romney as the best Republican candidate to beat Barack Obama. This view was shared by many hosts and reporters at the network who clearly supported the Massachusetts Governor in his quest for the nomination. Ironically, the only non-liberal network, with the help of the Republican Party establishment, pushed the most liberal Republican candidate to win the nomination. Once again, the election proved that a moderate to liberal GOP nominee cannot win the presidency.

Someone needs to send this memo to Dick Morris and Karl Rove, who also failed to produce positive results for the donors who contributed $175 million to his political action committees, American Crossroads and Crossroads GPS. These donors were taken to the cleaners by Rove, as were Fox News viewers, during this election season. According to legendary GOP activist Richard Viguerie, “in any logical universe, establishment Republican consultants such as Karl Rove ... would never be hired to run or consult on a national campaign again – and no one would give a dime to their ineffective Super PACs.."

It might be time for Fox News to find some other consultants to interview as viewers will soon tire of being played for fools.

Advertise with Bayoubuzz.com, key to your success