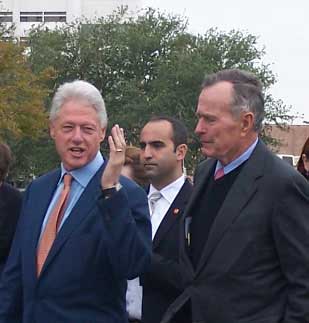 Before the election, if I had told you that 77 percent of voters had a negative attitude on the economy and that Mitt Romney would beat Barack Obama by 22 points among those voters, you'd think Romney would easily win the election.

On Election Day, 77 percent of voters did, in fact, believe the economy was either "not so good" or "poor" and Romney did, in fact, beat Obama by a 60 percent to 38 percent margin among those voters.

But, of course, Romney lost. So, how did that happen?

Even though most voters gave the economy less than stellar marks, many of them didn't blame Obama. Fifty-three percent blamed former President George W. Bush for current economic problems as compared to

On Election Day, more voters (39 percent) thought the economy was getting better than those who thought it was getting worse (30 percent). Though 59 percent of the national electorate said the economy was the top issue--and Romney carried those voters by only 4 points--Obama rolled up his margin among voters who said health care and foreign policy were the top issues.

While most politicians and pundits were fixated on unemployment as the issue that could bring Obama down, the president actually carried voters who said unemployment was their biggest concern by 10 points.

Obama also won voters most concerned with the housing market by 31 points and he tied Romney among voters most worried about rising prices.

In the end, economic issues were less of a driving force for Romney voters than were fiscal issues involving taxes, deficits and debt.

For Obama voters, the sense that the president was more in touch with people like them--as opposed to specific policy issues--was what made the difference.

Among all voters, Romney was viewed as the strongest leader with a vision for the future. But voters who said the most important candidate quality was "cares about people" swung to Obama by a massive 63 points.