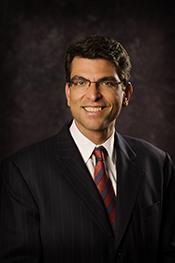 You might think that anytime James Carville and Mary Matalin are on the same dais or program, sparks will fly and eyes will sigh with frustration.  Carville, a democrat and Matalin, a republican, have been fighting it out on televsion and in public appearances now for years.

This week, however, they will be discussing less about their differences and more about how they can work together, politically.

So, will quite a number of former highr-anking public officials and political consultants from both the Republican and Democratic Parties hash out their differences with the goal of finding real bi-partisan solutions, especially after a brutal election season which has been capped off with calls for secession from the Union.

Starting Wednesday, politicians of all stripes are coming to New Orleans to participate in the Bipartisan Policy Summit being held at Tulane University.  The summit, a public event held Thursday, is now in its 4th consecutive year has been held annually in the city with political superstars James Carville and Mary Matalin as the co-chairs.

On Monday, Bayoubuzz's publisher Stephen Sabludowsky spoke to the President of the BiPartisan Policy Center, Jason Grumet, about the purpose of the organization, the summit and about the respective difficulties in achieving consensus during a very acrimonious political period.

Grumet  founded the BiPartisan Policy Center and is a frequent witness at Congressional hearings and regularly appears in print and electronic media.

Here is the transcript of the interview:

Stephen Sabludowsky: Jason, welcome back to New Orleans, I understand you’re coming in and having your summit again this week.

Jason Grumet: Yeah, we’re showing up on Wednesday night and eager to be back.

Stephen Sabludowsky: That’s great.  Why don’t you tell us about the summit.  What exactly is it? What is it for? And how did it get started?

Jason Grumet Sure. This is our fourth time coming to New Orleans, for what we call our annual political summit, and it really does do a few different things. The first is that we as the Bipartisan Policy Center believe that there is such a thing as good, constructive partisanship.  We like to have passionate Democrats and proud Republicans who care about their team, and working election and who still are willing to come together and try to solve the country’s problem. The idea of connecting with James Carville and Mary Matalin really just made a ton of sense for us.  There are no two people who better represent the ability to have a strong, creative, intense political view and at the same time be productive and be collaborative.  Secondly, our understanding is probably quite obvious that elections have gotten quite aggressive, somewhat toxic here in this country, and the ability to come down to New Orleans and bring together a lot of the people who have been the warriors in the recent election and give them an opportunity to basically exhale and talk some stuff through, and then start to think about the future together, we thought was a real good opportunity.

Stephen Sabludowsky: Do you think there’s any chance of getting rid of some of this toxicity? Among the members of the Bipartisan committee as well as the nation at large.

Jason Grumet:  Our own membership has great pride in their political allegiances and a lot of affection for one another. What we try to do then is bring down in addition to our own team the key strategists, a lot of political pundits and folks who have worked on the different campaigns.  I think there has been a lot of success in enabling that crowd to start to accelerate the transition from campaigning, and back towards governing.  I think a lot of people in the past have come down harboring some grudges from the election and often times they realize that they were actually just misunderstandings. Someone commented to me that they really were starting to resent the political summit because it was making it much harder for them to do their job when they actually like the people on the other side. I think, obviously, that’s part of the issue.

Stephen Sabludowsky: Absolutely.  Do you think it’s really difficult for them to come together and to really get to collaborate and create solutions, given the fact that so many of them are so passionate about their political beliefs?

Jason Grumet: Well, again, I think there is a general view we have here at the BPC that one need not, and should not be asked, to set aside their principles in order to move forward in a constructive manner. And I think there are a lot of opportunities if you look at the great political successes in our nation’s history, it tends to be when real leaders find opportunities to become flexible on their tactics while maintaining a real commitment to their principles. But even beyond that, some of the people who are most frustrated about the partisanship in D.C. are the politicians, are the political staff. These are the folks who frankly suffer this every day, and many of them are really deeply committed to not just politics, but policy, and there’s a reason why they fight so hard to get their folks elected, because they really care about what those people do once they get there. I think that group, which is the more sophisticated set that we tend to spend most of our time with, are really quite interested in trying to understand, now that the election is over, whether the politics are possible, and where there are opportunities to advance the ball that both parties can be supportive of.

Stephen Sabludowsky: In terms of judging the success of the summit this week, is there any particular issue that you would like the general consensus on, other than to say “Yes, we need to make sure we don’t jump off the fiscal cliff.”

Jason Grumet: I think we would judge success on a few basis.  The first is whether, in fact the, group can explore, in a serious way, possible legislative efforts going forward in places where both parties can collaborate.  We are going to be focused, undoubtedly, a great deal on the fiscal cliff, and there have already been some signs between President Obama and Speaker Boehner about ways we might be able to move forward.  But, we are also going to focus a lot on the immigration issue, which has been much talked about in the news, something that we have been thinking a lot about hosting some scoping sessions around the country – we are very interested in getting a sense of what this very insider group thinks are the ways which that issue might move forward. And then a second basis, it is just to have some fun. Politics have become so difficult that a lot of the spirit and imagination and creativity that, I think, drew many of us into politics has really been diminished, and it is much easier to make a significant contribution and make a difficult deal happen if you’re working with people who you respect, and know a little bit. So , it’s a small piece of the puzzle, but I think we’ve all come to believe that if we can spend some time together and really get to know each other, enjoy each other’s company, then that will give us a greater opportunity to work together when we get back to Washington, and maybe that will spread a little bit.

Stephen Sabludowsky: You hear a lot about, again, the toxicity and the difficulties of bridging the gap. Are things from your perspective in Washington, are things as acidy as people say it is?

Jason Grumet: No, it’s not quite that bad.  I think that the high profile bad behavior tends to get quite a bit of coverage on the various cable news networks.  There continues to be a significant amount of quieter collaboration if you look at the fiscal cliff and the debt issue, there are groups, bipartisan groups, of members of the head, in particular, who have been working very hard together for the last several weeks. There continue to be hundreds of pieces of legislation introduced on a bipartisan basis, and I think that many of the members of Congress are frustrated by feeling like they are boxed in by their own leadership and the expectations of everybody, they have to march in step. So, I think there is potential, partly because a lot of the members themselves are frustrated. The other thing that gives me some hope is the high-risk silver lining. As challenged as Congress is, when the chips are really down and their backs are really against the wall, they tend to find a way to ink something out.  I think the debt ceiling debate last year was a very challenging experience and a lot of frustration, and most people talked about it as just a tragic example of how bad things have gotten, but you’ve got to recognize that it raised the debt ceiling, we did not default.  The good faith and credit of the United States was sustained. The high-risk silver lining is that this fiscal cliff puts us in a similar situation. I think Congress is going to find some way to advance the discussion, that we are not just going to shout at each other and go, “Oh man” over the holidays.  And maybe, just maybe, that success will create a little bit of momentum going into next year.

Stephen Sabludowsky: Is there anything in particular that you would recommend in terms of, say the audience, to participate with your committee, not just in terms of attending the event at the summit, should they go to your website? Are there position papers?

Jason Grumet: Sure. We would be delighted if anybody spent a little time on our website which is www.bipartisanpolicy.org, and I think that would give people a chance to at least understand the kind of work that we do and a sense of what our views and positions are.  We also hope that people will come well-rested and ready to ask questions.  This is a dynamic bunch of panelists and they are coming down here for the purpose of interacting, they love the fact that the audience has a big component of the Tulane student body, so I think people would do very well for the program and hopefully enjoy themselves if they have some tough questions to put to the panelists.

Stephen Sabludowsky: Who is coming down? Just some of the names if I may ask.

Jason Grumet: Sure. Just to give you a little bit of sense, folks coming down include John Avalon who is a regular participant in a lot of cable news; Senator Trent Lott; former governor of Ohio, Ted Strickland; former Secretary of Agriculture, Dan Glickman; former senator Bennett, pollsters Whit Ayres and Stan Greenberg. I could go on. Of course the other two are James Carville and Mary Matalin who will be hosting the session and playing a very active roll.

Stephen Sabludowsky: I hope you provide a lot of interesting insight. I know when I went two years ago I couldn’t stop listening and watching. I look forward to seeing you. 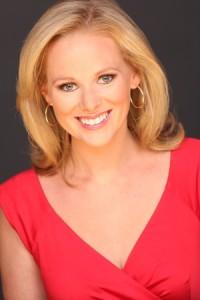